There's Something About Mary Movie Information 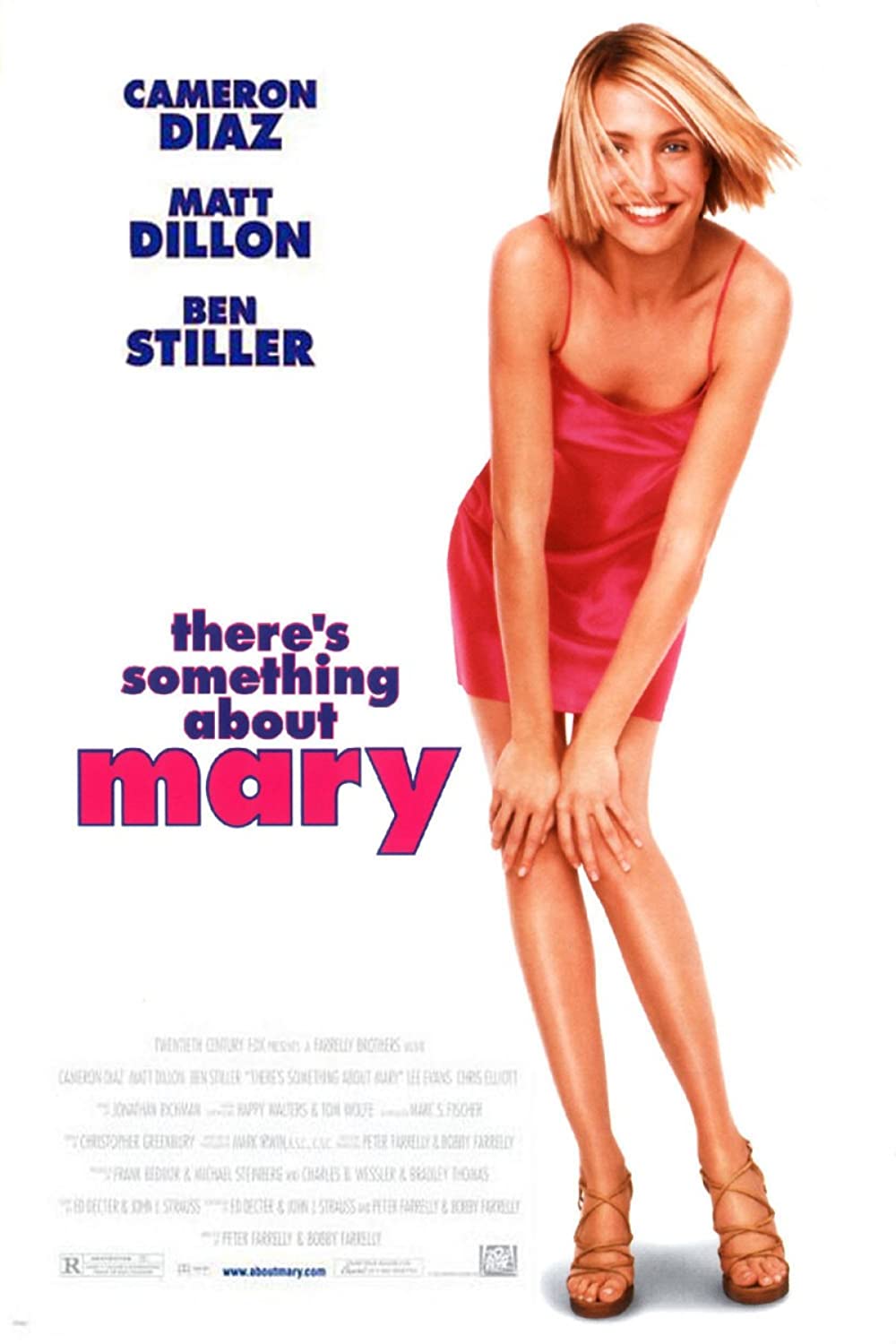 Plot: Years after a disastrous prom date, a man hires a private detective to track down the high school sweetheart he still loves. But when the detective also falls for her, things get complicated.

Tasteless and politically incorrect, this is a Farrelly brothers comedy for sure.

A couple of years after a disastrous prom date, a man hires a private detective to track down the high school sweetheart he still loves. But when the detective also falls for her, things get complicated. This movie has clever writing and good cast that was well casted.

Thereâs something about this movie.

Ted (Ben Stiller) is a dorky high school student who falls in love with the beautiful and vivacious Mary (Cameron Diaz), a girl who has recently moved to his Rhode Island neighborhood. Ted is smitten by Mary and over the hill when she invites him to the Prom. Things seem to be finally going his way but a series of amusing disasters at Mary's home culminates in a cringe-making accident when he gets his, ummm, member stuck in his zipper. The ensuing trip to the hospital prevents him from saying goodbye to her and she moves to Miami shortly after.

The story leaps forward thirteen years. Mary has qualified in medicine at Princeton and is now in private practice somewhere in Florida. Ted is leading a lonely and empty existence and still carrying a torch for Mary.

Prolly the best Comedy ever!

Mary is an island of sanity, good-natured humanity and genuine sweetness in an ocean of anarchy.
Without her presence, `There's Something About Mary' would be merely sophomoric and tasteless and for some, that would be enough. But with her, this comedy is fall down laughing, pound on the floor funny.
Its opening sequence is so good, and climaxes with a shot that is so shockingly hilarious, that I was certain the rest of the movie would be a letdown. But wait! It goes on. There are payoffs that people will be laughing at all over again merely at the thought. I do not want to spoil anyone's fun by revealing too much. Instead, let me give you just a hint of the biggest laughs:

Mary Jensen (Cameron Diaz) was an attractive, irresistible girl, and Ted Stroehmann (Ben Stiller) knew it first hand. Ted tries desperately to get the girl of his dreams in âThereâs Something About Mary.â

Iâve been putting off seeing this movie for a long time because I knew Iâd hate it, and sure enough, when I finally saw it, I did thoroughly despise it. Ben Stiller has never been my favorite actor, and Iâve never liked his movies. The only one I really enjoyed was âMystery Men,â but Iâm a superhero guy like that.

As for this movie, I didnât realize before viewing how full the cast was with people I couldnât stand. Sarah Silverman and Chris Elliot showed up and I knew the movie hit a new low for me. Luckily Sarah didnât have too much screen time.

Favorite Movies That Take Place in Miami by The WHB

No posts have been made on this movie yet. Be the first to start talking about There's Something About Mary!