Danny Boyle, director of the Oscar-Winning 2008 film Slumdog Millionaire, surprises us with 127 Hours, a short but still full-length film based on a true story about Aron Ralston who basically finds himself stuck in a serious physical bind while trying to hike. That is, his arm is stuck between where he was hiking and a large rock.

Many may think itâs a simple premise and those many are correct. So does this film successfully depict a simple premise in such a short amount of time? Absolutely. First of all, in this movie James Franco IS the hiker. In other words, I felt like this was live footage but still an extremely coherent film with a great acting performance. The fact that it feels so realistic is golden.

Of course, there are instances of gruesome imagery in this movie …

Scooby- Doo where are you?

The story is about a mountain climber becomes trapped under a boulder in a remote area near Moab, Utah, he must resort to extreme measures in order to survive.

Danny Boyle once again proves that he is a fantastic director in this movie. The way he shots and show the trouble that are main character goes through, it's truly great. The cinematography in this movie took the wind out of me it's that brilliant. This is James Franco best role I've seen him. He made me care about his character and he almost made my cry a little a bit.

My only nick picks with the film are the goofy scenes with the Scooby-Doo scene. I'm sorry but that scene came out of no where and lost the serious of the movie for me, and I no his seeing things because his …

A true life story of the thrill-seeking mountain climber who became trapped in a remote ravine without hope of rescue and resorted to amputating his own arm with a pen knife to escape. Danny Boyle once again finds the kind of off beat material he has made his name upon and thanks to some glorious scenery and a fine performance by the ever reliable Franco, he creates a film that is far above the usual "triumph of the human spirit" melodrama. In fact the only real drawback to the whole thing is the fact that the audience knows in advance exactly what is going to happen and therefore there are no surprises whatsoever. That and the fact that although it is embellished by Boyle's usual blend of visual gimmickry and pop music, we are still basically spending an hour and a half watching a guy …

An adventurer and nature lover Aron Ralston (James Franco) who was trapped last 2003 at Utah's Canyonlands National Park. An accident occurs passing thru Blue John Canyon where a boulder pins his arm as he gets trapped below. He reflects upon his life as the days pass by. Some valuable quotes from the true to life movie: Aron - "I wish I had learned some lessons more astutely, more rapidly, than I did." "Everything is... just comes together." "Don't lose it. Aron, do not lose it." "But like I always say... your supreme selfishness is our gain." Themes of regret, pride, time's spent, self-reflection, destiny, respecting the people you love and survival were well presented. It is difficult not to get moved by such a work of art coupled with an astounding performance by James Franco …

We do a lot of things in life that we later regret. For the most part it's ordering the soup instead of the salad or buying shoes in brown instead of black. Sometimes your choices can change your life, like breaking up with somebody, or for that matter not breaking up with somebody when you had the perfect chance. If there is anybody in the world who knows about regret, it has to be Aron Ralston, the main focus of the biographical film 127 Hours.

Ralston has always been an adventurer, but in 2003 he misjudged himself and his footing and ended up pinned to a Utahn canyon wall via a giant boulder crushing his arm. For five days he was stuck there, living off of very little food and water, suffering the harshness of his new isolated home. He eventually found his way out, leaving behind a …

Well, it's no slurpy.

Very few films have touched me emotionally this year as 127 Hours did. I found this to be one of the most compelling and inspirational films I've seen in quite some time. It made me thankful for all I had and for the people in my life.

127 Hours is based the incredible true story of Aron Ralston. Before watching the movie, I did some research on Ralston (although his story broke in 2003, I surprisingly didn't remember much about it) and found his story to be one in a million. The odds of someone being in his situation is...well...there's no words for it! Like I said, Ralston's story is one in a million.

Ralston is depicted as he is seen. An adventurous and yet flawed human being. He is a skilled outdoorsman and although he adventures in the outside world, he has little contact …

Plot Summary: In Danny Boyle's127 Hours, Aron Ralston (James Franco) is stuck in the penultimate "between a rock and a hard place" scenario: his arm, after an ill fated tumble down a slot canyon, has been trapped between a boulder and the canyon wall. With no means of communicating with the outside world and no hope of rescue (his decision to avoid discussing his travel planes with friends and family wasn't a brilliant move), Aron must find a way to escape his predicament while contemplating the events in his life that lead him to this point.

Review: 127 Hours is a rare movie that grabs you by the balls in the first ten seconds and keeps squeezing until the tension is unbearable. Considering the confined corridor the film takes place in, along with the limited cast of characters, this …

I went to see 127 Hours based on the fact that I have a great respect for Danny Boyles directing as well as Franco's acting. What I found was rather incredible to me. First of all, I have an immense level of respect for movies and directors who immediately challenge themselves through the difficult concept that films like this approach (in this case, a man trapped in one place for the majority of the movie's runtime). I was even more so impressed by how it was handled. Every moment of the film was wrought with the internal tension and claustrophobia that filled Franco's character, Aron Ralston. There was not a moment in the film where you could not feel his pain and conflict. While drifting into his unconscious mind, we are also forced to recognize the fault … 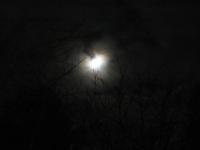 127 HOURS from The Media Mashup

A couple of weeks before I saw this I watched BURIED (another film about someone trapped and secluded in a desperate situation) and, while I was surprisingly captivated by a whole film set inside a box underground, I preferred this new Danny Boyle effort a lot more.

The style of the film, especially the editing and music (the score was done by the same guy who worked on SLUMDOG MILLIONAIRE) was the main pull for me. The start of the film with Franco's adventurous character chartering all sorts of terrain and meeting a couple of girls on the way was fun and entertaining, even knowing his unfortunate fate was right around the corner.

It's no spoiler that our protagonist gets his arm trapped literally between a rock and a hard place, and has to go through mental and physical trials to …