Based on the above, I figured I would end up liking this about 20%. I was wrong. This was truly a great piece of entertainment. Yes, this is a film based on comic book heroes, but their portrayal on the big screen truly was …

Remind me. Why does everyone love the Avengers?

When it was released I was pleasantly surprised by this movie. It had fun characters and acting, especially by Robert Downey Jr.
But I never thought it would be at this level of praise and admiration. It even holds the overall 47 rating on FilmCrave. Why?

I still stand by my original opinions of what worked in the film. The acting was phenomenal and the amount of story was just right. I especially liked the conversations between the titular heroes.
Actually, what I don't like is exactly what everyone likes.

The action is as overly stuffed and bloated as it can get. I felt like I didn't have time to breathe while everyone of these invincibles caused mayhem. Because that's what they are. Invincible.
At no point in the bombarding …

Nick Fury gathers Earth's mightiest heroes to form a response team when Asgardian demi-god Loki returns to spearhead an alien invasion. Joss Whedon is finally given a chance to prove what he can do with the appropriate resources to hand and in Avengers Assemble has created a rip-roaring rollercoaster of escapist entertainment that has all the ingredients of a first class summer blockbuster. Dispensing with his usual formula of wise cracks and pop culture references it begins as a fairly generic action fantasy, but as the heroes are introduced his skill for creating likeable characters and entertaining comic dialogue is framed within a plot which won't win any awards for originality but contains just the right balance of characterisation, comedy and eye boggling set pieces. Once again it …

You are sure to take entertainment from this, because Joss Whedon's avengers gives everything a summer movie should. It has lot of smashing popcorn stuff during the final twenty minutes. All superheroes (for one particular reason no Spiderman) are here fighting alien ships and small outer world soldiers. The best thing about this movie is hulk. His character works and some nice witty dialogs for him. The big cloth washing fight is seriously funny. It has a repetitive value. Everyone in here take their roles and heat up when action kicks in.

There is nothing much in terms of plot, but to put it simple, I say it is a war movie between alien world and earth. Nick Fury(Samuel Jackson) meets …

Fans of this film will not like this review

A few of the loyal readers of my reviews have been busten' them on my thoughts of the most anticipated superhero movie of the year. Hear it is however you might be a shad dissapointed cause i surely was!! Zzzzzzz!! the storyline was incredibly boring. Now i know a lot of my mates will state that i'm not a comic book fan or something, that couldn't be more further from the truth. I had the same feelings with '78's Superman The Movie starring Christopher Reeve although i preferred the sequel. The same goes for Chris Nolan's 'Batman Begins' i liked the sequel and the thrid instalment better. Maybe this will be the same continuing pattern for any sequel slated for 'The Avengers'??

I thought about my probelms with this fim and what it all comes down too is too much unessecary dialogue. …

Well first of all i didn't know if i would like this movie. My cousin saw this movie and told me it was awesome. So i thought well if my cousin loved this movie i would to and i was right. i saw this movie three times in the movie theater. And each time i fell more in love with it.

I like the characters in this movie and how they end up being a good team. I really like iron man because i think Robbert Downey j. is an amazing actor and he is really funny and sarcastic so his quotes in this movie are great.
I also like Thor in this movie. Well enough of me liking the actors in this movie .

I think this movie has enough action and it keeps you interested in the things that are happening in it.

This review may contain a few spoilers. But at this point, everyone has already seen The Avengers, and if you haven't already, you're probably going to see it anyway. So why even bother with a review? Because there's no way I can say that I dislike The Avengers without explaining myself.

I'm not big on super heroes. The only film I've seen related to The Avengers is Iron Man 2, which I wasn't impressed with. So maybe I'm not the target audience for this film, but shouldn't a good film be tailored for ALL audiences?

The Avengers tries to be a smart and complex film, but in the end, the film is just about Captain America, Iron Man, The Hulk, and Thor teaming up to stop Loki, who's bent on world domination.

The Avengers irritates me. A lot. And the reason for that (well, one of … 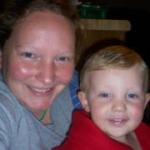 I have never been into Marvel comic, or really any of the character till Ironman came out and then, the Hulk, and more that i still have to see, and even more that i have to see many more times just because I am now hooked on them. I was very glad to be able to see this opening weekend. I am planning another trip to the theater to see it again and this may be the first movie that i will be waiting to purchase when it comes out. The only problem that i had with it was because i had not see 'Thor' yet and so some of the chacters made no sence to me at all, but have watched in the past 2 days and now 'The Avengers" make a lot more sence. If you haven't seen this yet just make sure that you wait till the very end of the credits. There is a little bit after the first little bit of …

C'est magnifique!!! (Kisses the tips of my finger)

I have been a fan of Marvel characters since I was a kid and NOTHING even comes close to being as AWESOME as this! With all my favorite characters in one movieâ¦this was a dream come true. Boys, gals and avid movie goersâ¦after years of anticipation, you can finally breathe again. Joss Whedon has done a remarkable job writing this masterful, witty script with excellent comedic timing that ingeniously put together all these characters and made it all flow perfectly. (Coincidentally he also is one of the writers for "The Cabin in the Woods also starring Chris Hemsworth.)

This is the movie fans have been hyping over ever since we got a glimpse at Nick Fury (Samuel L Jackson) at the end of Iron Man. My biggest concern was how they were going to put all these legendary characters into …

Marvelâs The Avengers (ASSEMBLED!) is a daring, ambitious and absolutely genius concept for cinema. Introducing the main characters with their own films building up to a mega-sequel that brings them all together is something that has never been done, because whoâd have thought it would have worked? Without trying to sound like a pretentious film-goer, the average casual film fan does not have the time, capacity or patience to take in all that content, limiting the eventual audience to nerds â both of the film variety and of the comic book variety.

When the first trailers were released last year I was excited, but I also suspected that the project would fail. The two Iron Man films were great and successful enough, but they had Robert Downey Jr to sell them. Thor was a good …