About Me: Nigga stole my bike,

Film I Love: Lord of The Rings

âThere are three ways to make a living in this business: be first, be smarter, or cheat.â - Jeremy Irons (Margin Call)

Robert redford is the only actor, i have seen, who actually knows how to sail. I really enjoyed J.C. Chandors' debut "Margin Call". It was intense and realistic. But more important it was dialogue-based. This movie lived from its dialogue. "All is Lost" is the excact opposite. This movie is based on the character-actions and the way they can develop. Some reviewers were arguing about the mising character-backstory, but this movie is not about that what lies behind, it is about, how to survive in the present and thinking about the future. And more important, the fact that the whole movie takes place on sea, means that it doesn't matter where you are from, what your origin is, or who you are. On sea and in trouble, only surviving …

This year at adiff

Definitely a memorable performance from Redford and great direction, too. I thought it had a little too little to say, especially when it had so much room for pretty much everything. But I see your point, great review.

A very promising review! I'll be sure to check it out. 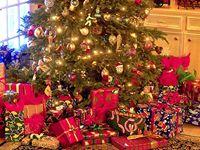 Thanks for the comment on my Prisoners review. I'll check out Rush if I can.

It's not Villeneuve's debut. He's made other films before.

I haven't seen Prisoners yet - but it looks like it's going to be better than the trailers let on. I did finally have the chance to see Olympus Has Fallen - and it was good, but it was a bit dark for an action movie. I think I prefer White House Down simply for the levity it provides. If you're looking for a more serious action film- then Olympus Has Fallen is the better choice.

I finally got to see Disconnect. I am baffled, thanks for the recommendation.