Once Upon a Time in the West Movie Information 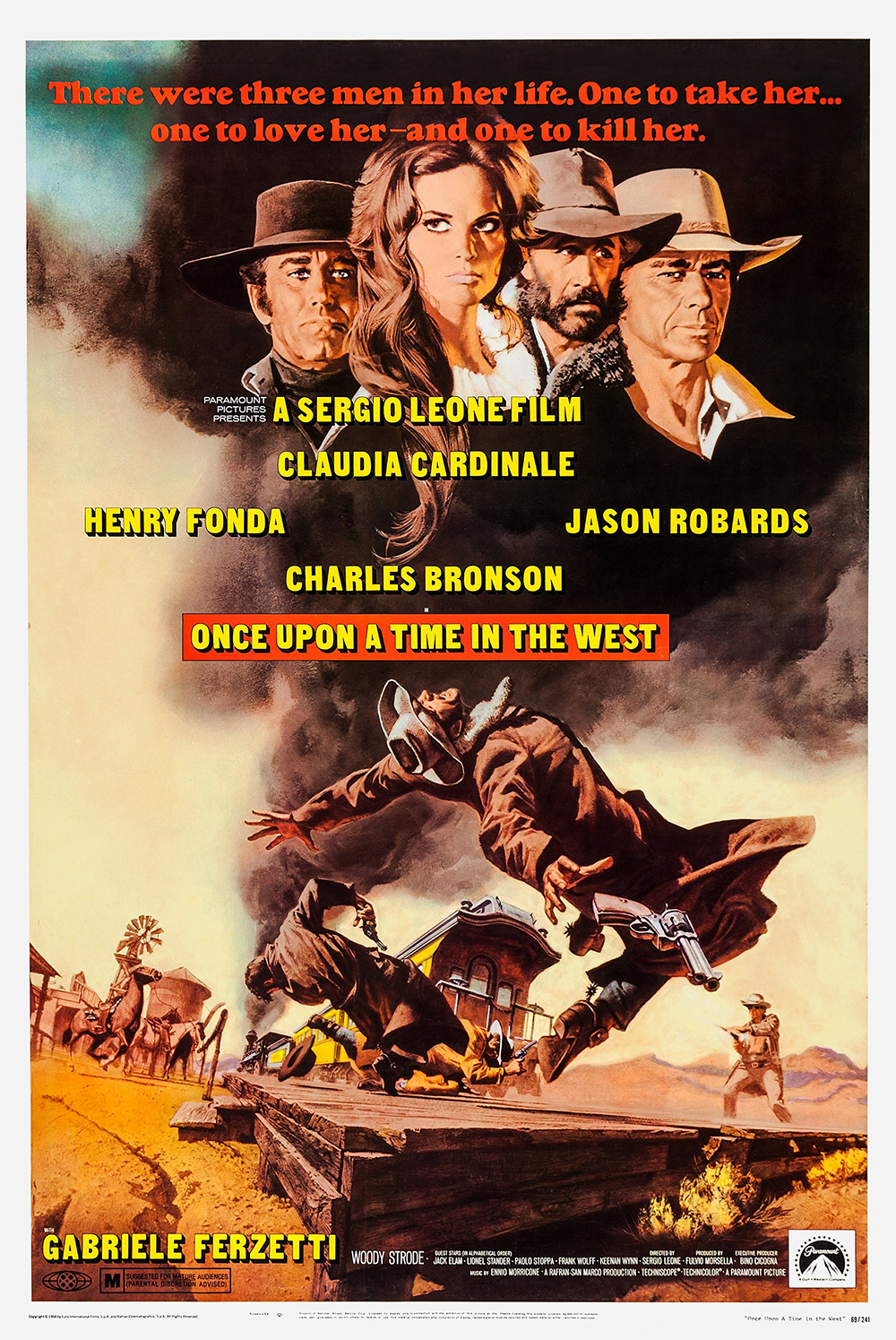 Plot: A man who plays the harmonica travels across the west to find his killer, while he falls for a victim's wife. He joins up with a notorious gun man to battle what's really bad.

Just about matching the pace of the Dollars Trilogy, the steadily moving "Once Upon a Time in the West" finds a balance between artistic filmmaking and good old Western-style action.

One of the all-time iconic westerns; this rivals The Good, the Bad, and the Ugly as Leone's best film. The characters are brilliantly realized - full of living and breathing eccentric people that don't feel like they are part of the cliche cast of typical Western characters. The cinematography is vintage Leone and is among some of the most beautiful ever shot. There's a weight to this film that makes it more than just popcorn entertainment.

Didnt really think this was that great of a Spaghetti Western.Ive seen better

Once Upon a Time in the West review

Morton (Gabriele Ferzetti) requests to scare McBain. A hired gun Frank (Fonda) murders McBain and his three children. Cheyenne (Jason Robards) borrows Harmonicaâs (Charles Bronson) gun to shoot his handcuffs. Jill McBain (Claudia Cardinale) unfortunately sees her dead family upon arriving at their home. Cheyenne and Harmonica visit Jill in her place. Both men go after the person responsible for the killings. There is even a story within the story involving one of the protagonists.

The elegant score matches the stunning cinematography, tragedy of certain scenes and camera movements of the characters. Locations were like viewing a postcard shot and costumes were authentic. Some noteworthy lines from the film: Morton - âThe only thing that can stop that is this.â …

"Once Upon A Time In The West" by Yojimbo

A newlywed arrives to find her adoptive family murdered and makes an alliance with a bandit and a mysterious drifter to unite against their killer. Sergio Leone's "dance of death" is probably his most artistic film; what doesn't happen on screen is just as important as what does. It is almost an examination of a difference in the mindset of the sexes. The only female protagonist, played by Claudia Cardinale, is the only one who truly embraces life, and is willing to do whatever it takes to survive. Robards' bandit, Bronson's revenge driven gunman and Fonda's steely eyed assassin not only expect death, but almost welcome it. This film is not about a bullet riddled slam bang finale; it's about a series of events and circumstances leading up to a single point in time, and is all the more …

Oct 12,2009.....I saw this movie for the first time last night on TCM. I had no idea what it was about, just liked the name on the TVG channel. I missed the first half hour of it, but watched it anyways. This movie was incredible. I read the movie review created by someone else, and they claimed it had the best opening sequence ever,,now I have to go back and watch the half hour I missed. I had no idea that Robards, Bronson were in. When I watched the credits, I was amazed. I was too use to seeing Bronson in the Death Wish movies and too used to Robards playing old softies to think it was either one of them. But if you like westerns, this is one to watch. I think I now have a new fav. western. I didn't think anything could surpass, "the Unforgiven" or "Shane" or "The man who …

No posts have been made on this movie yet. Be the first to start talking about Once Upon a Time in the West!