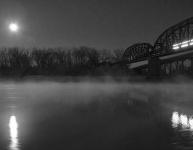 Film I Hate: There's Something About Mary

This movie is hilarious. All of the references cannot be caught in one viewing. The jokes are nearly endless and Rick Moranis was the funniest he has ever been in anything in this film. Joan Rivers is perfectly cast as the voice of Dot Matrix (eh? get it?) If you enjoyed anything about 80's schtick or loved the Star Wars franchise before it went all Jar-Jar Binks, you should watch this movie. And then watch it again. Nothing depressing happens in the whole movie, and that's amazing.

Your number 8: Where gonna catch them red handed. What color are there hands now?