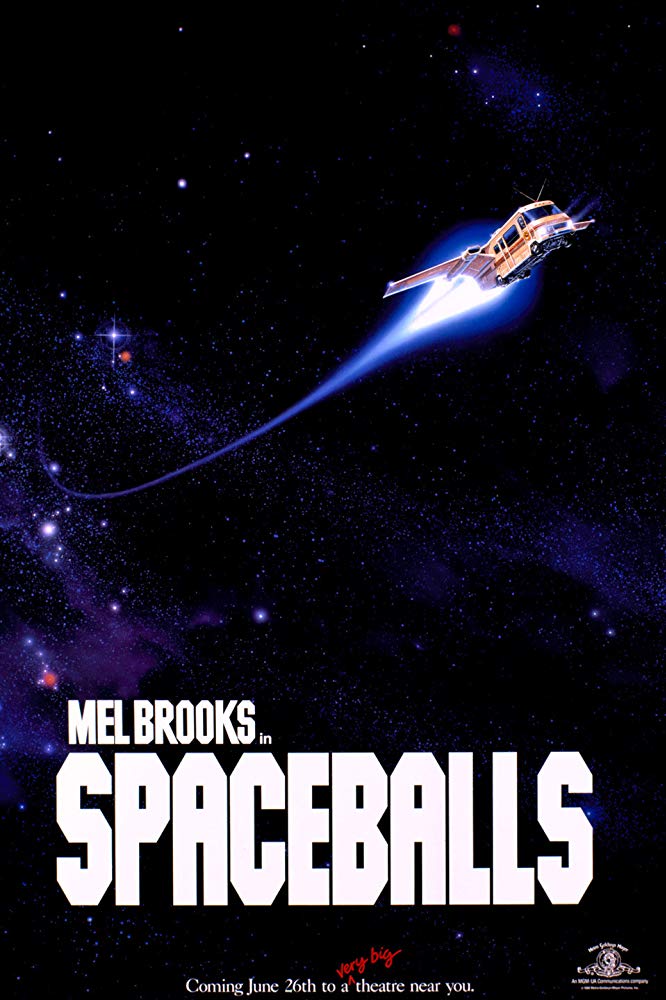 Plot: Follow the expliots of a Druish princess, her loyal droid, a scruffy pilot and his loyal sidekick as they attempt to stop the ruthless Spaceballs led by President Skroob and Dark Helmet from their nefarious plan to steal all the air from the planet Druidia.

Mel Brook's Star Wars spoof is lowbrow at times, but undeniably witty the rest of the time.

An hilarious and dreadfully quotable film that derives its humour more from good delivery than wit.

I dunno. I guess its pretty funny. I hate parody movies. They are cheap and stupid to where they are almost unbearable. This one definetely tops the genre. But when you put it against the Scary Movies and Epic Movie films, that is not a great accomplishment. The star-studded cast definitely raises the interest in the film, but it just wasn't enough for me.

A funny film that isn't just for sci-fi fans

In a distant galaxy, the home planet of the Spaceballs is in danger of losing all of its oxygen. The largest ship in the Spaceballs' fleet, Spaceball One, is sent to drain the nearby planet of Druidia of all its atmosphere.

On Druidia, a princess (Daphne Zuniga) is about to be married to the last available prince (JM J. Bullock), but she runs off and the princess runs away because she doesn't want to marry this man. The king (Dick Van Patten) hires the rogueish "Lone Starr" (Bill Pullman) and his partner, "Barf the Mawg" (the late John Candy).

As they run from Spaceball One, commanded by "Dark Helmut" (Rick Moranis), they meet the master of the Schwartz, "Yogurt" (Mel Brooks, in one of two roles).

The movie is packed with many sight gags and jokes. None of which are …

No posts have been made on this movie yet. Be the first to start talking about Spaceballs!