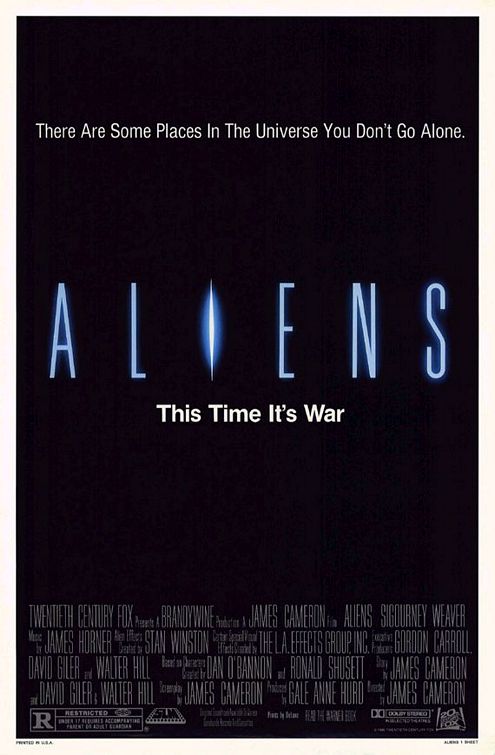 Plot: As colonies are settled on a known planet, a women is found who holds the answers as to why no one has heard from anyone on the planet. They arrive armed and ready, but will they believe what she has to say?

In "Aliens," James Cameron goes for action where Ridley Scott went for scares, but I'm not complaining.

No one can hear you scream in space twice.aliens. this movie was one of the best film's of 1986.good score and good visual effects.Jame's Cameron did a good job of making this film just like he's other film's.

Blows the first one out of the water. Epic and amazing in so many ways.

One man's treasure is another man's trash.

I guess I'm the only one who thinks this movie isn't spectacular, but hear me out.

The way the movie was put together made me question what kind of movie it was trying to be.
Once again, the pacing is off at the beginning of the film. Now, almost spanning an HOUR to get into things. Granted, Ripley's character is explored much more and the mother-daughter relationship is introduced between her and the girl Newt, but it always jumped back and forth from interesting to trying to be interesting.
Some of the characters in this film have been applauded and rewarded by fans and criticsâ¦ They are some of the most annoying people I have ever seen. The colonial marines are plain smart-asses who only want to shoot everything that moves and don't even slightly resemble actual marines. The …

"How could they cut the power, man? They're animals!"

Ellen Ripley (played magnificently by Sigourney Weaver) is rescued after spending 57 years in cryogenic hypersleep by a salvage freighter, and awakens only to learn that everything she knew is gone. She soon discovers that no one believes her terrifying ordeal at the hands of an acid spitting alien until LV-426 goes off the radar.

She is asked to assist a squad of fearless marines to investigate the loss of contact with colonists working at an Atmosphere Processor on the very planet where all the trouble started - LV426. Ripley is hesitant at first, but eventually agrees out of a need to resolve unfinished business and put a stop to the nightmares.

Packing enough fire power to level a mountain, the tough marines which …

Ripley is awakened from stasis to find that she has been gone for 57 years and is being made a scapegoat for the loss of her ship. But then contact is lost with the colony on LV 426 and she is enlisted as an adviser to a combat unit sent to investigate. The vast majority of sequels are of course just cynical attempts to cash in on the popularity of the original film and rarely have much in the way of cinematic merit in their own right. Aliens is one of the few that not only expanded on the idea of the original but took it in a whole new direction. The production design is superb and every sci-fi movie made since that features military hardware gets its cues from here, and it still looks brilliant. The ensemble cast are all excellent, especially Sigourney Weaver who is far from the usual …

No posts have been made on this movie yet. Be the first to start talking about Aliens!