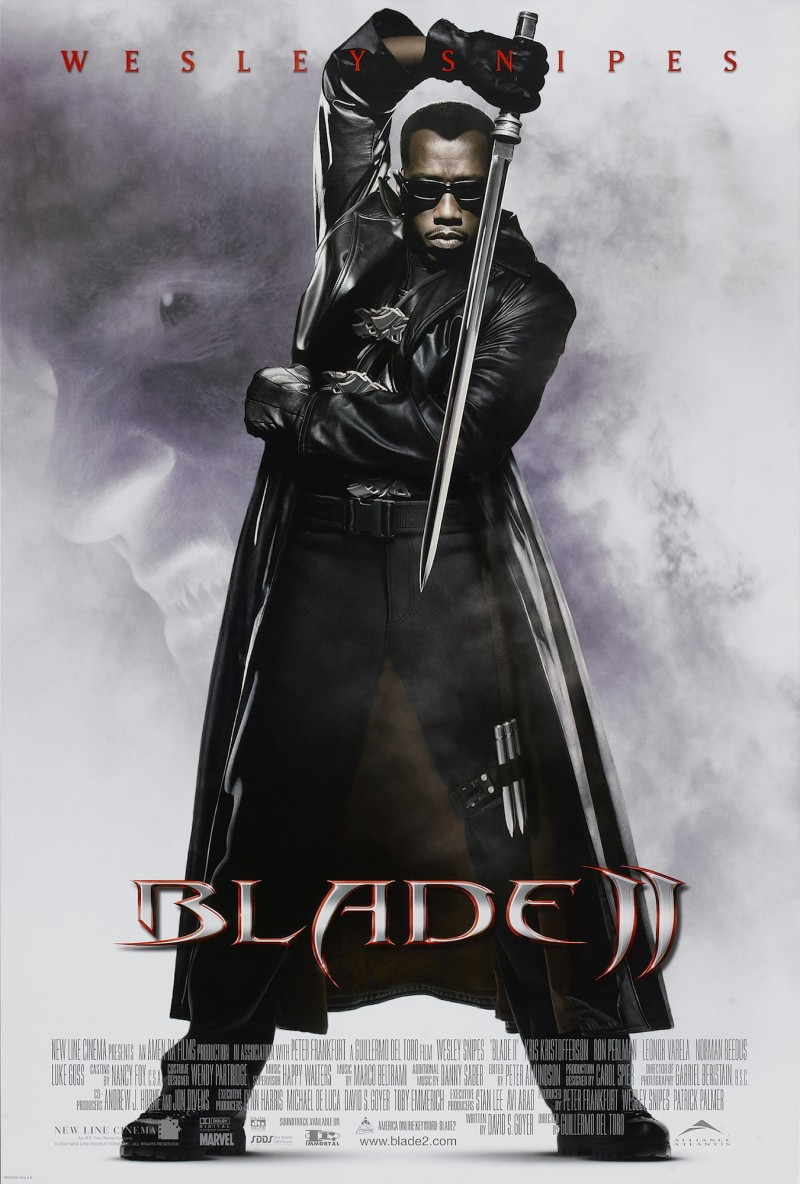 Plot: A new mutant breed of vampires is discovered and Blade finds himself playing both sides to save the humans and the vampires.

It lacks brains, but not blood. "Blade II" repeats the stylized action and gore of the first one without feeling like a redundant copy of it.

The story is about a new mutant breed of vampires is discovered and Blade finds himself playing both sides to save the humans and the vampires. This movie has some really gross make-up and hard to watch scenes with people getting they bones broken but in a cool and awesome way.

Guillermo's style works well with this series. My only gripe is the story of the hybrid vamp things being a bit muddled. The rest involving Blade's team-up with the vampires who were trained to kill him provides a welcome change-up. A solid, action packed sequel that I like almost as much as the first.

Blade (Wesley Snipes), a day-walker half vampire, searches for Whistler (Kris Kristofferson). One of the Bloodpack members were bitten at a vampire night club (a location utilized from Blade 1). They ask for Blade's assistance in battling the reapers. Scud and Whistler become involved with Blade and the team.

More action and weaponry used by Blade on this installment. The direction, set pieces and gore level were improved. Soundtrack again was lively and a female character was more interesting than the first of the franchise. Only reservation I had was the scene were he almost got killed in the sewer ambush/set-up when they needed his blood in the first place. If only Blade was a more interesting protagonist instead of showing his past and characteristics. Blade II had more to …

Wesley Snipes once again dons the leather overcoat, this time to join forces with an elite vampire unit to combat a race of Nosferatu-like zombie vampire hybrids who threaten to over-run both races. Blade II is essentially the vampire film's answer to Aliens with the high-octane action of the first film still in evidence but this time it is added to by Guillermo Del Toro's keen sense of style and atmosphere. The production design is fantastic and the script involving different factions constantly vying for the upper hand is far more complex than that of most superhero films (David Goyer went on to co-write The Dark Knight). My only gripe is that some of the CGI is starting to look a little dated in a similar way to the original Spiderman films, but this is a comparatively minor point. It …

No posts have been made on this movie yet. Be the first to start talking about Blade 2!