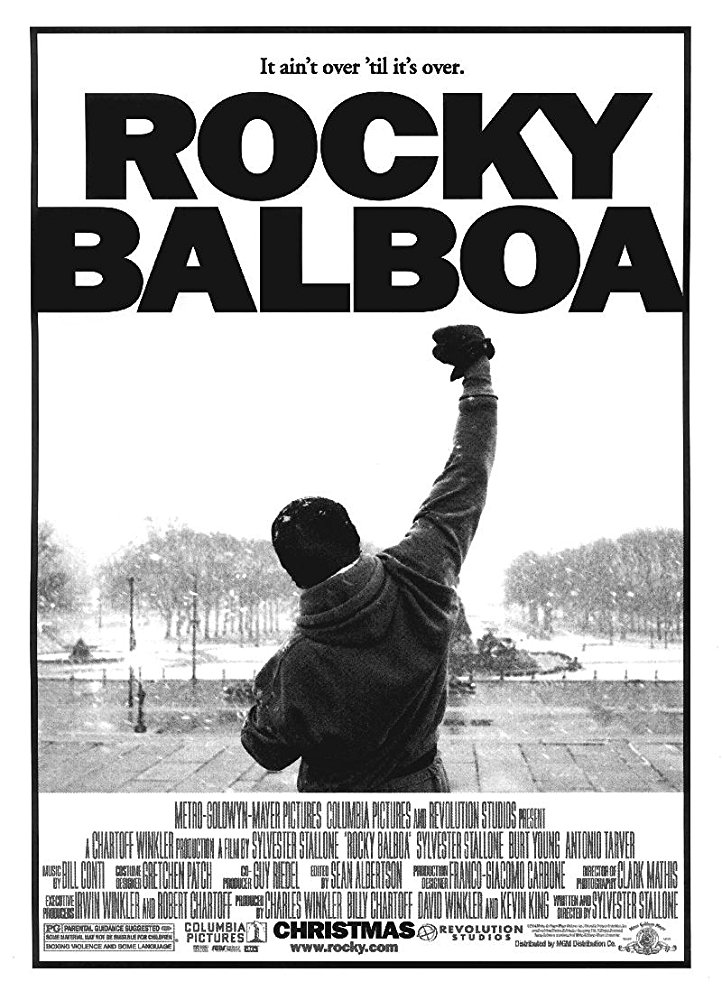 Plot: Rocky mourns the death of Adrian and does the only thing he knows how to do, Fight.

Rocky is back and this time his facing some new fighters that what to beat him up. This movie is way better then rocky 5 but it is better then the first and I can say no. The movie does show some respect to the original film and I like that.

An effort by Stallone to end the Rocky series his way and I admit that it's better than part five. However, I just didn't care for this film. There was purpose to drama and everything about the film felt more realistic, but it left me cold.

I was really hoping to like this movie but for me, It was just something to watch

Rocky Balboa (Sylvester Stallone) owns a restaurant in which he uses his wifeâs name. Adrian passes away from cancer and Rocky gains a new friend in "Little" Marie (Geraldine Hughes). His son Robert (Milo Ventimiglia) still lives in a shadow and is mad at his father for his fame. Paulie (Burt Young) accompanies Rocky around Philadelphia remembering the past. The management of Mason "The Line" Dixon (Antonio Tarver) invites Rocky for an exhibition fight for charity. A few reservations this reviewer had was removing Adrianâs character, the conclusions outcome of a split decision (which in reality, should have been lopsided with a current swift champion) and getting involved with Maria.

No posts have been made on this movie yet. Be the first to start talking about Rocky Balboa!