Plot: Dragons are awakened from underground and kill every thing in their path. Years have past and civilization is trying to rebuild.

n present-day London, twelve-year-old Quinn watches as his mother, a construction engineer inadvertently wakes an enormous fire-breathing beast from its centuries-long slumber. Twenty years later, much of the world has been scarred by the beast and its offspring. Matthew McConaughey and Christian Bale are the only good things in the movie because those two are likable as actors, but the rest of the movie was all over the place but the visual's are okay.

For a movie with so many dragons, it's pretty disappointing.

How do you make a movie about dragons boring? Somehow, this movie manages to do so, cramming too many slow-moving dialogue scenes in amid the action. The dragons are sort of scary and some of the action scenes are spectacular, but the drama fails to fold the threads of the film together.

"Reign Of Fire" by Yojimbo

In a world razed to the ground by a plague of dragon like creatures, a motley crew of survivors decide to strike back and hunt the sole male of the species. I'd love to have sat in on the pitch to the studio for this movie! "Well, you see, they're digging a tunnel for the London underground, and they, like, unearth these dragons that have been living there since the dawn of time..." The whole premise is of course absolutely ridiculous, but this B-movie creature feature was given the A-list treatment and what emerges is a reasonably entertaining monster mash. Some great effects and a good eye from Rob Bowman who uses the dark, flames and cinders to great atmospheric effect make for a very nice looking film, all set in some nice gothic landscapes of desolate wastelands, castles and … 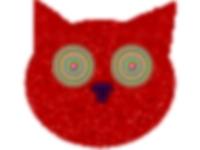 Dragons emerge and burn the whole world as a boy witnesses his mother get killed by one, this boy grows up to be the leader of a group of survivors in the future who live in fear of the Dragons; who now populate the Earth.

Funnily enough, despite the fact that it is the year 2020 the arrival of Dragons makes them live in what appear to be medieval times. A bunch of American soldiers in tanks turn-up at the bases door-step and their general negotiates his way into the camp. The two dislike each other quite strongly, in what appears to be the deepest character relationship of the film. A female soldier is also among the new inhabitants and, of course, there is tension between the two.

However, even though this American soldier has brought a dozen tanks along with him, he still finds …

No posts have been made on this movie yet. Be the first to start talking about Reign of Fire!