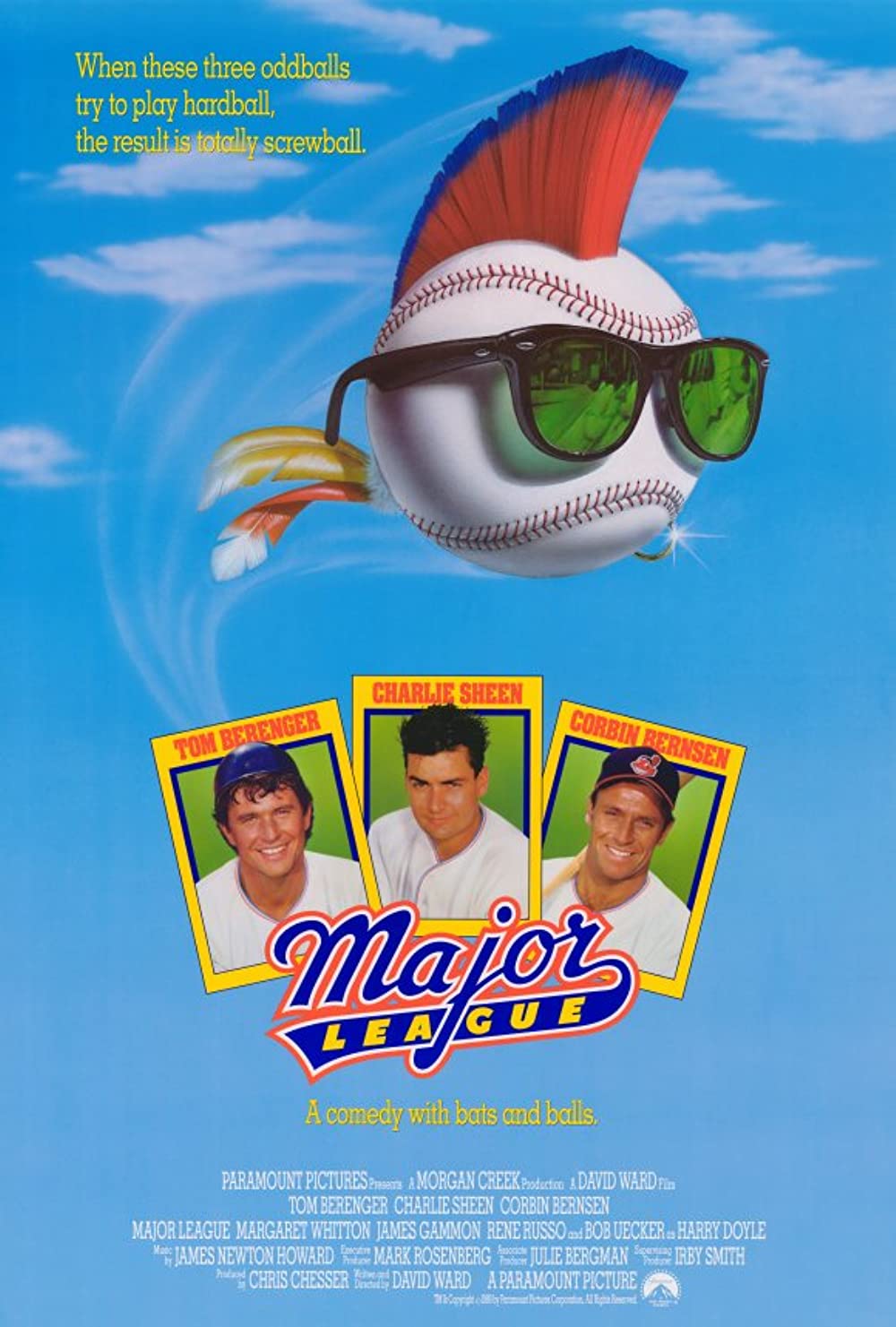 Plot: The new vindictive owner of the Cleveland Indians puts together a team so bad, she hopes to lower attendance so she can move the team. When the players find out her scheme, they battle to win.

A great cast is set up as the underdogs in this often funny sports comedy.

Major League is a good but not great baseball movie, it's pretty funny.

This baseball comedy is extremely farfetched and some of the more slapstick moments don't work. However, the energy and commitment of the actors is contagious and the film is still incredibly enjoyable.

Not just for baseball fans, but has a few flaws

The widow of the Cleveland Indians owner (Margaret Whitton) wants to leave Cleveland for Miami -- and take the team with her. So, she takes it upon herself to form the worst team she could possibly make to insure low attendance at the Municipal Stadium, the home stadium for the team.

The team, fed up with the treatment from the widow, who now owns the team, and decides that they must pull it together and make it a winning season for the team. A team that hasn't won a title in over 30 years.

There are some pretty good jokes in this movie. You are guaranteed to snicker to laugh out loud. However, there are at least one or two that are dated. None of the jokes are over the top, and are not jammed down your throat.

The cast is really good. Their chemistry is one of the better …

I remember when this movie came out it was very well received. While I was too young to have seen it in the theater, I remember lots of kids my age having seen it once it was on HBO or VHS. I also remember that they played "wild thing" a whole lot more at the kids baseball games after that because everyone wanted to be "Wild Thing" Vaughn.
It was a funny movie and it helped push the careers of a number of people, while Charlie Sheen had already developed quite a name for himself, Wesley Snipes and Issac Hayes weren't as well known as far as actors were concerned. With another big name like Tom Berenger the line up became quite powerful.
I still try to catch this movie whenever I have a chance, although just like any other great comedy, I refuse to watch it on anything other than a …

No posts have been made on this movie yet. Be the first to start talking about Major League!