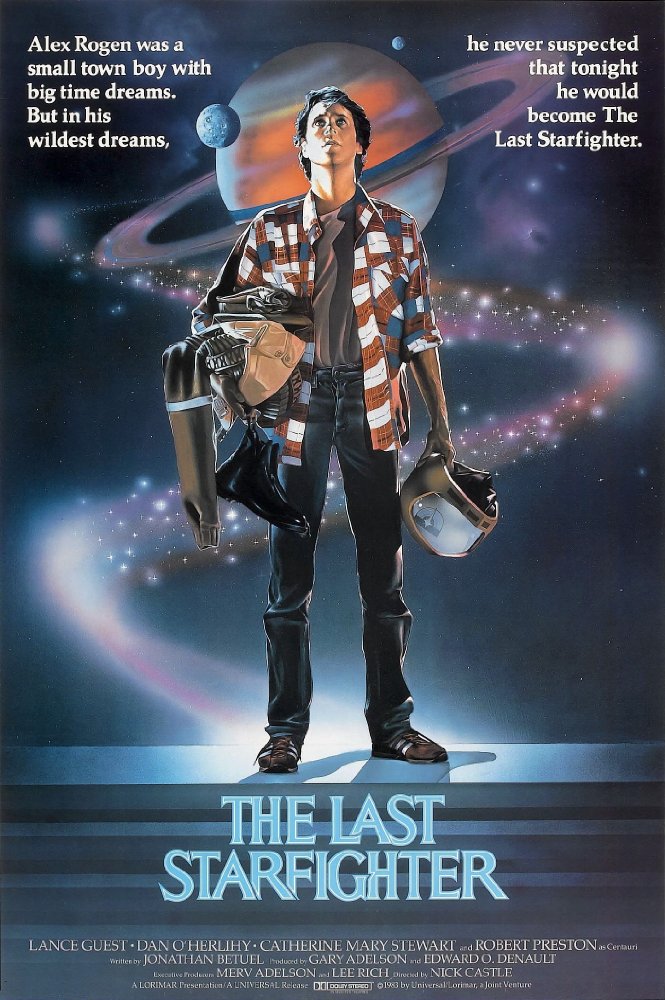 Plot: Alex Rogan lives in a trailer park and spends his days playing the Starfighter video game. But upon meeting an alien who convinces him to use his skills in real combat, Rogan heads to space to protect the galaxy from invasion. He gets to the Starfighter base station before deciding the trailer park wasn't so bad, but returns home to find he's being stalked by an alien beast.

A teenager completes an arcade machine in a backwater trailer park to find it was actually a test to find pilots to fight in an interstellar war. Enjoyable boys own sci-fi aimed squarely at kids with some nice old school CGI and a likeable cast of supporting characters. Good fun.

It's like a downgraded version of all the great sci-fi films of the 70's and 80's, but still has it's fun.

A classic movie about a boy from a trailer park with extraordinary video game skills . . . really. Its a crazy plot, but very fun.

Good Sci-Fi flick for everyone

This movie is one that I grew up on. It was a great Sci-Fi flick for kids that loved playing video games in the era before the high end graphics of todays games. While this movie did great for those of us that grew up in that time, it unfortunately is too dated for most of todays kids to get into in the same way. A kid from a trailer park is recruited to fight in an intergalactic battle against an evil madman and his unstoppable armada in a star fight to the death. And he doesn't want the job. I really got into this one it's totally enjoyable. There is a lot of humor and action mixed quite well.
TLS was one of the first films to use wholly computer generated imagery, and the technology has allowed the filmmakers to create fleets of ships in perfect clarity. Maybe a little too perfect. …

No posts have been made on this movie yet. Be the first to start talking about The Last Starfighter!