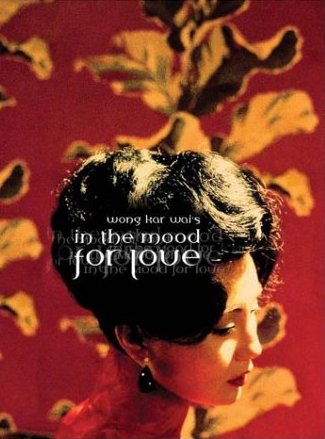 Plot: In Hong Kong, two neighbors find themselves with a mutual when when each suspects their significant other of conducting an extramarital affair. -- Chris Kavan

"In the Mood for Love" is pretty much the perfect romance film. It encompasses all the aspects love: desire, pain, affection, intimacy. It carefully holds its focus on its two main characters, their actions, and their expressions to present each of these things in a completely visual way.

one of the best love story.....masterwork

mesmerizing film, but not completely in positive way, maybe too mesmerizing anyway it is just too much,i felt sick but i cant really deny interesting look of this film lets say its okay

"In The Mood For Love" by Yojimbo

Two attractive young neighbours in 1960s Hong Kong form a bond when they discover that their spouses are having an affair. Instead of the steamy love affair I was expecting, In The Mood For Love is essentially the romance that never was. It is stylistically gorgeous, with the extremely attractive stars showing off a a variety of beautifully crafted period fashions and it is clear that every aspect of the production design has been considered; complimented by a similarly lovely score, this film is a sensual delight. The story is very understated and although you cannot help but feel the appeal of the stunning Maggie Cheung and dashingly handsome Tony Leung, it's difficult to form a true bond with them as their need to be "proper" for no real reason other than to feel superior to their …

In the Mood for Love review

Chow Mo-wan (Tony Leung) becomes close with neighbor Su Li-zhen (Maggie Cheung). A unique concept but not expertly executed. Good character development but both leads were just not that interesting despite the solid acting. Too many slow motion shots prolonged the plot and score felt repetitive. After the conclusion, one might think there should be more to the pairs story instead of leaving us with a not too appropriate footnote. The screenplay however was great with dialogues such as "What a coincidence!" "Every couple should go out together." "Feelings can creep up just like that." "You notice things when you pay attention." and "Everything changes when your married." In the Mood for Love is realistic and well crafted, just not enough impact to make it one of the best for its …

No posts have been made on this movie yet. Be the first to start talking about In the Mood for Love ( Fa yeung nin wa )!