The Hitchhiker's Guide to the Galaxy Movie Information 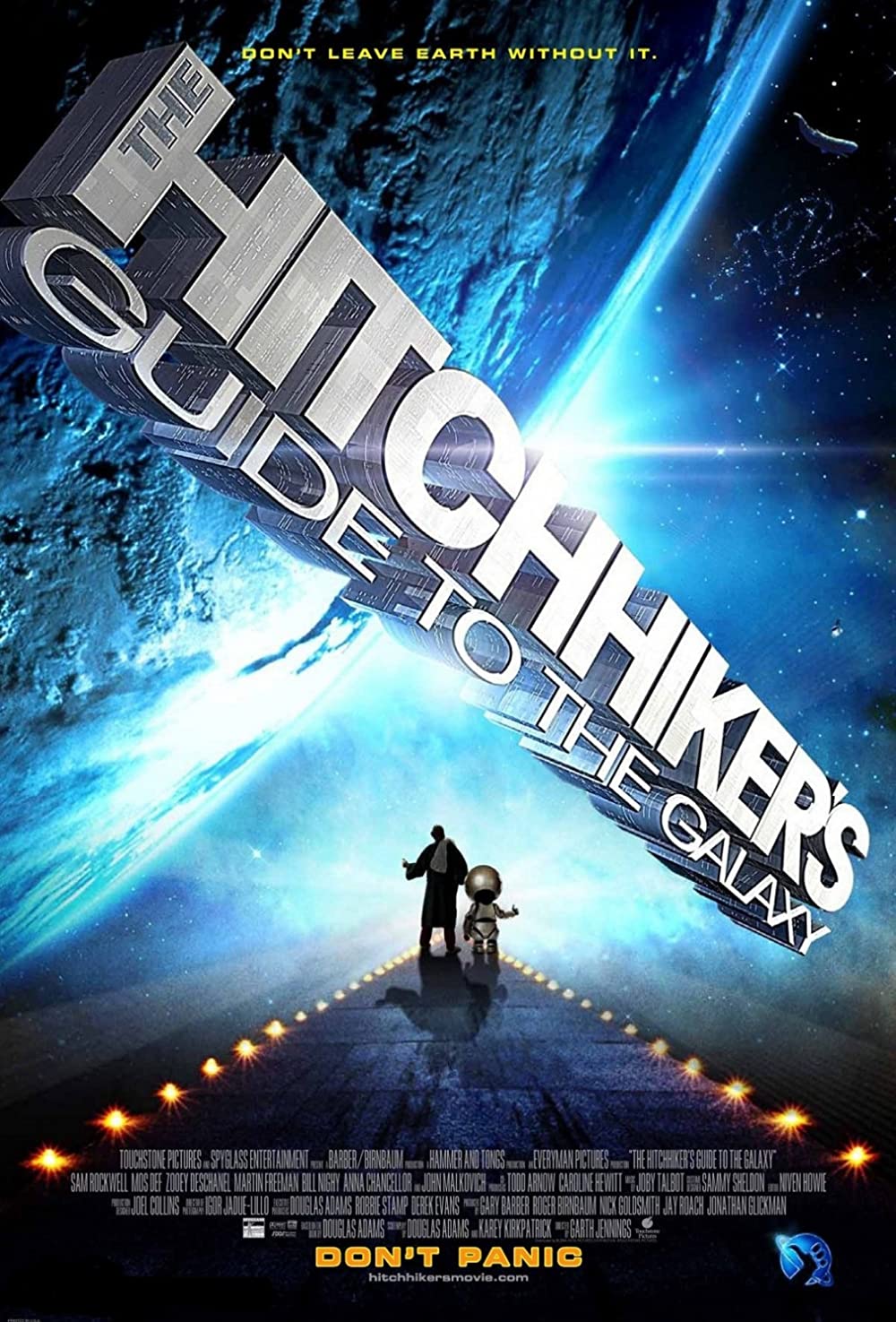 Plot: The planet is about to be destroyed by aliens, who are making an interstellar highway, when Arthur Dent is teleported off into a spacecraft by his friend who is really an alien. Follow this great adventure filled with depressed robots, two-headed men, ingenious mice and giant super computers.

Overwhelmingly silly, "The Hitchhiker's Guide to the Galaxy" resembles a weird mashup of Monty Python and "Doctor Who" that's a whole lot of fun.

loved it! but then again i haven't read the book.. and had really low expectations. don't get fooled by some of the low budget costumes and special effects, just follow the story, it's entertaining and different!

I can only liken this film to having your favourite song being covered by Jedward or watching your first love being raped by a game show host. Except it's really, really BORING. I mean, Mos Def as Ford for f***'s sake?? Watch the BBC TV series instead.

The adaptation from the book was very well done. There were only minor changes, but the over all was a pretty direct conversion. I like how the narration was not simply a voice over, they gave you some explanation with animatied sequences that allowed the audience to try to keep up with what was happening. This was almost a requirement because the audience is just as lost as the main Character Arthur Dent. This was great because we learn as Arthur learns. Mos Def once again does an incredible job as does Sam Rockwell and John Malkovitch. If you are a fan of the book you will really enjoy the movie, if you have never read the book, pay close attention or just watch it a couple times... the first time you might not exactly get it, but it is one that is interesting enough to let you watch …

No posts have been made on this movie yet. Be the first to start talking about The Hitchhiker's Guide to the Galaxy !