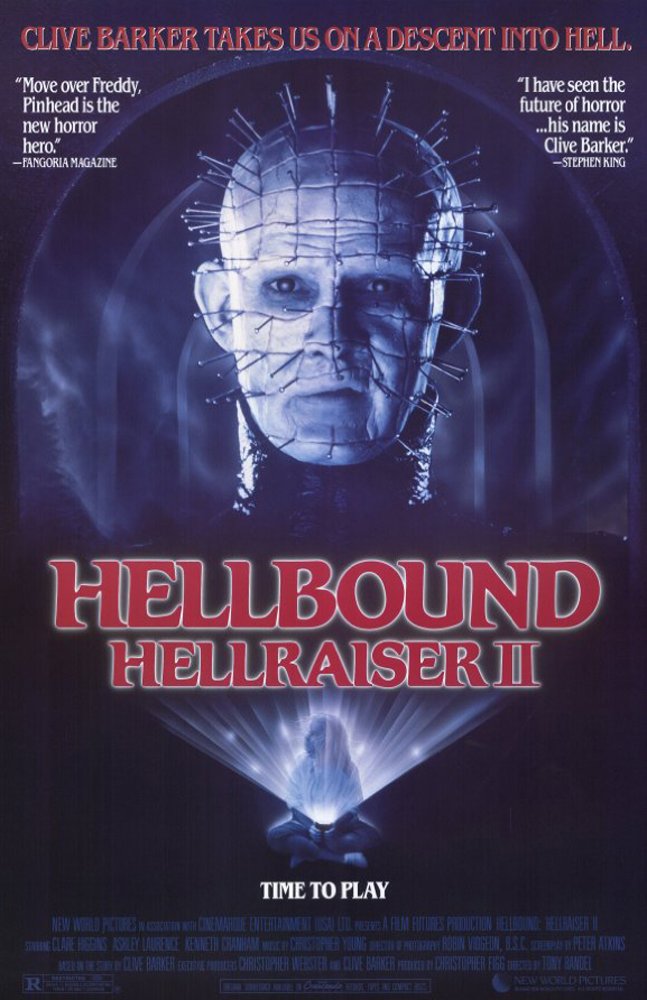 Plot: The only survivor of the events of Hellraiser is put into an institution after she tells her story. The doctor in charge of the hospital has been searching for a doorway to another dimension for years and uses his new patients knowledge to horrible effect.

Inventive sequel that adds some flesh to the bones of the original's idea. Some very disturbing images and definitely not for the weak of stomach, but fans of this kind of thing will love it.

Not much makes sense, but it still manages to entertain. There's also great amounts of blood.

Bloodier, but nowhere near as coherent, Hellraiser II is still a good, gory horror flick, even if it's not the easiest to follow at times. This is no cinema classic, but for fans of blood, it doesn't get much better.

Not as good as the original

No where near as good as the original however doesn't thwart me from watching the rest in this 'different' franchise. For reasons unknown 'Hellraiser' director and creator Clive Burton handed over the directing reigns to his film editor on the first film Tony Randall . Tis' probably why this one was a hell of alot darker in content nor as good. Storyline here is Julia Cotton , daughter of now deceased Larry Cotton and only survivor of the Hellraiser 1 has been brought to an mental hospital forced to be there after everyone who heard her story of the events surrounding part 1 in the series simply deemed her as insane. Their is one doctor however Dr. Phillip Channard (Kenneth Cranham) who believes everyword of her story only doesnt let her know this as he has been on his own heavy …

No posts have been made on this movie yet. Be the first to start talking about Hellraiser II: Hellbound!