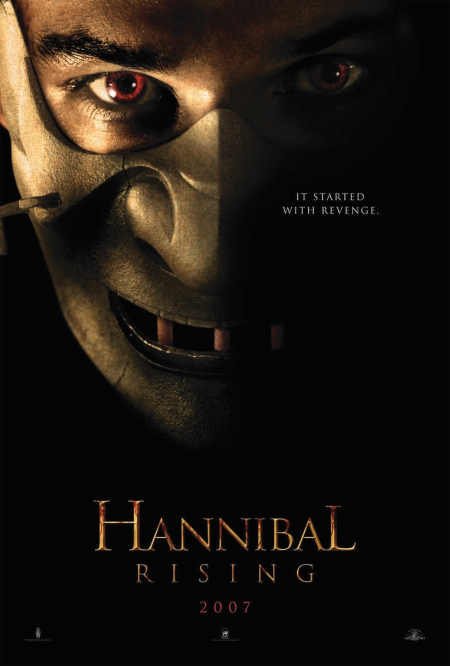 Plot: After surviving the traumatic events of WWII on the Eastern Front, a young Hannibal Lecter seeks out a Japanese aunt in France, where he learns the way of the Samurai and begins a medical career. Yet his path leads only to vengeance and retribution against the soldiers who destroyed his life. -- Chris Kavan

A prequel that failed on everything.

Not nearly as good as the book, but still a great insight into Lecter's youth.

Gaspard Ulliel's scar is kind of sexy... in a Hannibal Lecter kind of way. Okay, he has a nice body, too. But were we really supposed to identify and feel emphathy for Lecter? Afterall, he becomes a killer and a cannibal (which is worse?). Nevertheless, as the film progressed, I learned to accept Lecter's tragic childhood and actually started rooting for him to kill the "bad guys." That's another thing that I liked about this film: there's is not a definite "good" and "bad." In fact, they're all bad guys. Yes, the tone of the film is sullen and can be slow at times. I thought that was reasonable because this film is about the history of Hannibal Lecter. Of course there's an absence of brilliant mind-games like in "Red Dragon" and novice agents like in "The Silence of the Lambs." But …

Movies I Own by thenoth

No posts have been made on this movie yet. Be the first to start talking about Hannibal Rising!