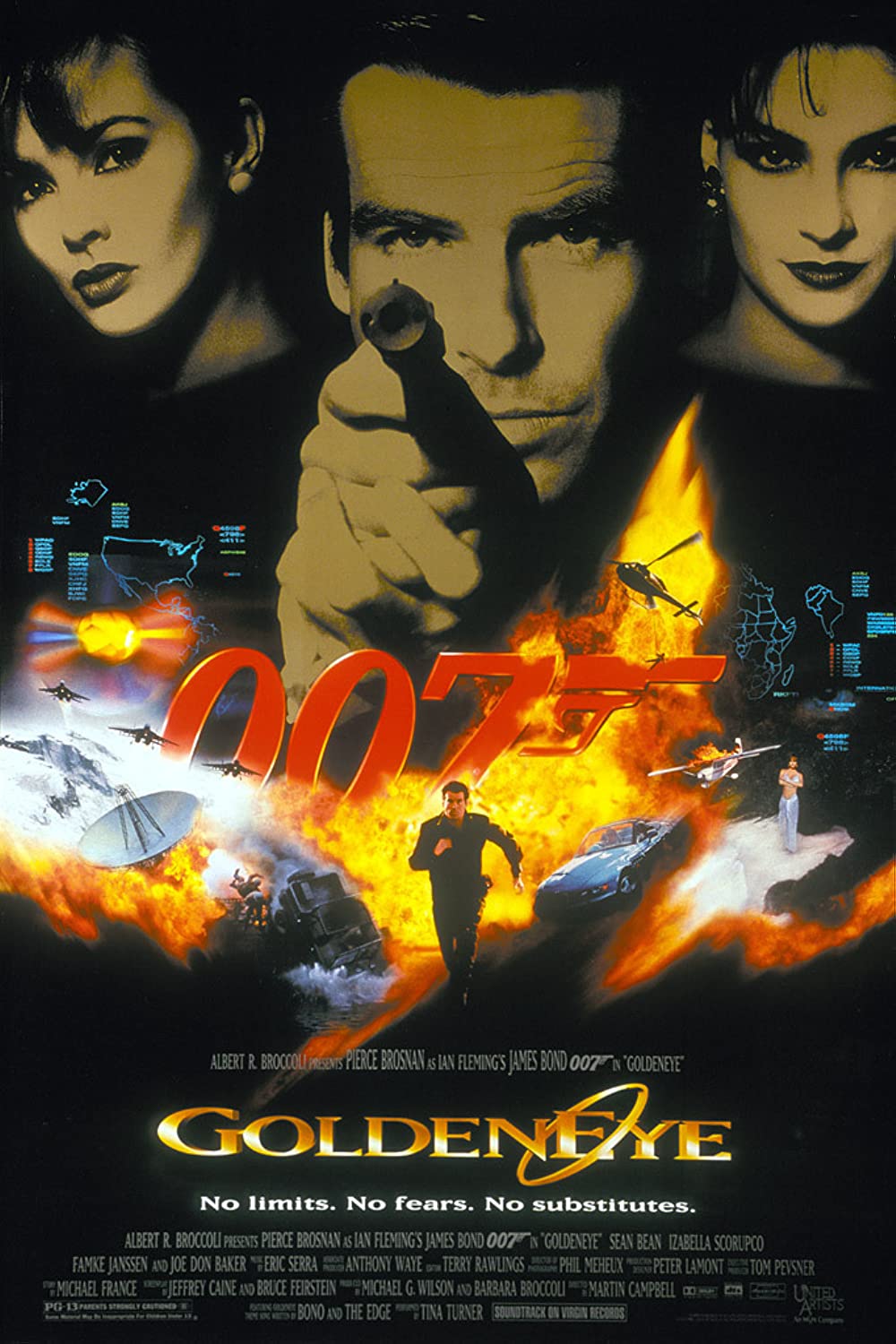 The movie that officiated a marriage between James Bond and the traditional Hollywood blockbuster, "GoldenEye" is a solid product of 90s cinematic escapism.

Golden eye has action, women, the cliche villain, pierce Brosnan, mix them all together and you get a James Bond movie. the story is about James Bond tries to stop the stealing of a nuclear space weapon. this movie was named best James Bond movie in the series but to me the movie was alright.

The story revolves around a Russian weapon called Goldeneye, which has the ability to knock out anything with an electrical circuit in a 30-mile radius. Bond has to do a lot to get this weapon back before it causes a global financial meltdown.

Pierce Brosnan is just perfect as James Bond who finds himself travelling to a newly capitalist Russia, where he has to deal for the first time with a female M, played wonderfully by Judi Dench, who makes no bones about calling OO7 a "sexist, misogynous dinosaur, a relic of the Cold War". Yes, times have indeed changed and now Bond is being bossed around by a WOMAN. Sean Bean is magnificent as the charismatic agent Alec Trevelyan aka 006. Famke Janssen plays bad girl Xenia Onatopp who has a very unique way of killing people. Her character was a …

One of the first Bond films I have viewed as a kid. James Bond goes to St. Petersburg to meet CIA agent Jack Wade who introduces Valentin Zukovsky, a Russian Mafia head. A programmer named Natalya Simonova (Izabella Scorupco) divulges the existence of a second satellite and Ourumov's involvement in the massacre at Severnaya. Had one of the better special effects and improved action sequences for a Bond film. Unfortunately, it falters due to the dryness of Brosnanâs performance. The plot wasnât that involving due to the number of action and fight sequences. Also as an adolescent then, the leading ladies were eye candy and felt they were able to hold their own. Not a typical Bond film without some sort of humor and handy gadgets which were a shortage here. GoldenEye overall was …

One of My Favorite Bond

This is one of the strongest Bond entries because it hints at the beginning of a more serious Bond mixed with more intricate action sequences. Thereâs a certain sinister tone, especially in the first half where most of the espionage scenes can be found, which made me more interested in what was going on and what is eventually going to happen. This is Pierce Brosnanâs first outing as 007 and he is more than welcome to walk in the shoes of a beloved character because I believe he is as dangerous and charismatic Sean Connery. Even though he may appeal more to the modern fans of the Bond franchise, he has that classic fun factor that older fans can definitely appreciate. Brosnan is able to deliver the classic one-liners with a certain serious but undeniablly fun swagger. As for the …

No posts have been made on this movie yet. Be the first to start talking about Goldeneye!