Plot: The serial killing Firefly family is under attack from a sadistic local sheriff looking to avenge the death of his brother. When a couple of the family escape, they turn a fleabag motel into their own playground with the sheriff hot on their heels.

Incredibly boring, unscary horror film about serial killer family. There is no real suspense, or terror to be found, just the villains endlessly going about mocking the law and killing people. They were completely unsympathetic, and there was no real hero to cheer for. I honestly hoped that the family would be caught and killed, thus bringing some sort of closure to the whole thing. A waste of time to watch, simple as that.

Otis: "I am the devil, and I am here to do the devil's work". When a couple of the family escape, they turn a fleabag motel into their own playground with the sheriff hot on their heels. This is part 2 of the house of 1000 corpses, and I like this movie more then house of 1000 corpses. This movie has more remediable quotes and the serial killing family are so awful but so enjoyable to watch.

I love this family, this is number 2 of the house with 1000 corpses. Rob Zombie directed both so expect a great creepy and sick vib to it. A must see for horror fans and fans of Rob Zombies..

I've gone from hating it to finding it brilliant!

Let me begin this review by saying it has taken me a long time to come around and have the opinions that I currently have about Rob Zombie's 2005 sequel to House of 1000 Corpses...I'm talking years.

The first time I had seen it, around 2006, I simply hated it. I mean vehemently hated it. I thought it was a movie that was unoriginal and tried with every effort it had to be as disgusting and mean-spirited as it possibly could. Keep in mind, this was also the first Rob Zombie film I had seen, and being a fan of Zombie as a person, I started the movie with positive feelings and was extremely disappointed.
Later, around 2007, I saw it again at my friends house and my opinion was changed from simply hating it, to finding the movie unintentionally funny and stupid, the way you would about … 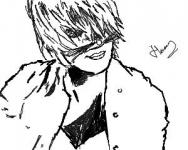 This one's based after the events of 'House of 1000 Corpses' - Lovely movie, really. Anyway, it's based around the bad guys! For once. Which makes it great for the audience to watch, because you get to follow them and see what they're doing and how they're going to get out of the fact that they have been found by the police once and are now on the run for their lives. Also, the police is led by slightly-mad Sheriff, oh, I'm tempted write woody, but, seeing as I have forgotten that mans name, we'll call him Sherrif Woody for now! So, right, yes, carrying on, Sherrif Woody will really go out of his way to catch these pyschotic murderers, but hey, to catch them you gotta think like them right!?
So enough of me spoiling, let's go onto what I think of the movie quickly. I think it's pretty …

I found this movie, like other Rob Zombie movies I've seen, repugnant and sickening. &amp;nbsp;Pure trash.

I think he is a decent director, and as Chris points out he is improving. I am too looking forward to his next one :)

I have to admit I was skeptical about the man as a director, however, the fact he is probably one of the biggest horror fans on the planet is a big help. I didn't really like House of a 1,000 corpses, but I actually felt Devil's Rejects was quite a step up.His Halloween remake was solid, but I didn't care much for the sequel. Just from the cast alone he has assembled, I think Lords of Salem will be a lot of fun to watch - well, if you're a horror fan at least. It's one I would check out. (and &hellip;

I'm probably the minority here, but I like Rob Zombie as a director. I enjoyed House of 1,000 Corpses, I really liked The Devil's Rejects, I was satisfied with his version of Halloween, and his Halloween 2 kind of sucked. I think Rob Zombie has a great eye for style when it comes to horror and gore, and his concepts (putting the Halloween films aside, since they're remakes) are very interesting and pretty original. Whether or not they're executed well is arguable, but I think the guy is pretty &hellip;