Sin City: A Dame to Kill For Movie Information 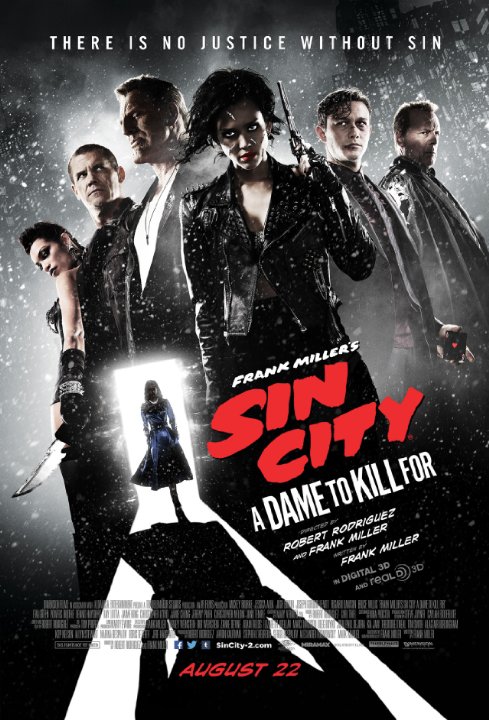 Plot: Based on the graphic novel by Frank Miller (along with two original stories) we return to the city - where sinners, saints and everyone between has a story to tell - and they collide in dramatic (and violent) fashion. -- Chris Kavan

Even with all the darkness, violence, and style of the original, "A Dame to Kill For" just doesn't stand out that much.

If Robert Rodriguez had a released this a year or two after the original instead of 9 I think it would have gone over much better. As it stands, while Eva Greene and Joseph Gordon-Levitt make for the best characters, Josh Brolin feels miscast and Jessica Alba and Mickey Rourke don't seem nearly as interesting this time around. The pulp violence is back - the sex is back but something just seems missing and it never recovers.

Marv: "That right there is a dame to kill for". Okay this movie was hated by the critics and it floped at the box office, and I don't see why to be honest. Some of the new stories were good and some of the new stories were pretty dull. Eva Green story was pretty forgettable and the movie ended not on a strong note. The Visual's this time are a lot better and it's good to see the characters from the first movie make a small return. Joseph Gordon-Levitt story was short but I still enjoyed it, even when it was brutal to watch at times. Overall Sin city 2 is in my opinion a good squeal, not as good as the first but still pretty enjoyable. "A comic book come to life once again".

What happens in Sin City requires a sequel....

Robert Rodriguez finally makes the sequel that everyone wanted him save his dam kids to make. Too bad it's nine years too late for people other than nerds like myself to get excited about. The hyperstylized black-and-white visuals are as breathtakingly beautiful as ever. It's like a modernization of a Bogart-Bacall picture and the fact that the main plot focuses on a hardened private eye's lust for a slinky seductress, the homage is even more obvious. The violence is as over-the-top as ever, the dialogue is as hardboiled as ever, and the cast chews it all up without a second thought. Like the original Sin City, the narrative is a collection of overlapping stories but unlike the first one, not all of them are worth watching on their own accord. There's Joseph Gordon-Levitt as a gambler …

far from perfect but still good just not great

This is the long awaited sequel to the original sin city and Much like the first movie with multiple stories interconecting, . The first movie is one of my fav films this one is good but not great , the stories and main story just isn't as good as the first movie and its not as dark. eva green was great as the fem fatal a part she plays well ( very sexy and naked most of the time) . mickey rourke is great as is the rest of the cast. though why was bruce willis in this i dont know he was hardly in it and was more of a distraction than anything.
the gamberling story and ending was a bit lame , the eva green ending was also not good. and the end of the movie was sudden and weak. but its still a good film it still has alot to offer and its very made made and looks fantastic. but it really …

More 'Sin' to Be Had

Stylistically, 'A Dame To Kill For' is every bit similar to the first 'Sin City'. To say that you are getting more of the same is true. The visuals, violence, and heavy noir are still strongly at play. I enjoyed most all the actors. Rourke steals the show as Marv, again. Gordon-Levitt, Boothe, and Green are the other standouts. The film is brought down by it's slow pace and collection of stories that aren't as entertaining as the ones in the previous film. Part of that is due to writer/co-director/comic originator Frank Miller adding brand new (non adapted) stories this time. While none are bad by any stretch, they are less creative and exciting. 'A Dame To Kill For' (the middle segment) attributes to most of this. It offers little more than the most A-typical noir story and is …

One has to remember that not everybody is a movie fanatic.&amp;nbsp; Most people are very casual in their movie going, and only go see movies if their friends or going, or if it's something they want to see as a family.Take for instance Pacific Rim.&amp;nbsp; It had huge buzz in the movie nerd community due to the fact that Guilermo del Toro was directing and that it was about giant robots, but the box office was underwhelming.&amp;nbsp; It goes to show that in order for a movie to make big bucks &hellip;

yea same with the tom cruise movie another one that didnt do well even 300 it all seems very odd to me.out of the choices at the cinema if they have seen guardians why arn't they watching the others. , sin city has a good rep and awesome cast seems even the best actors cant get viewers. were in a superhero land now which is fine but i dont want it stopping them making other movies. anything else seems to be struggling when turtles which ive not seen a good review on yet is beating those films &hellip;

I know I would watch Sin City (and most likely Expendables 3) before you could get me to watch the new Turtles movie. Guardians was worth it, though.

The world has gone mad. first the expendibles now this film. i just dont get it. seems unless your a super hero now forget it at the box office.how does a turtle film beat those is beyond me 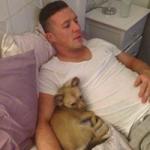 Can't wait to see it, think it's been 9 years since I left the cinema after seeing the first one and thought to myself, man that was amazing. Can't wait for the next one. 9 bloody years, hope it's worth the wait