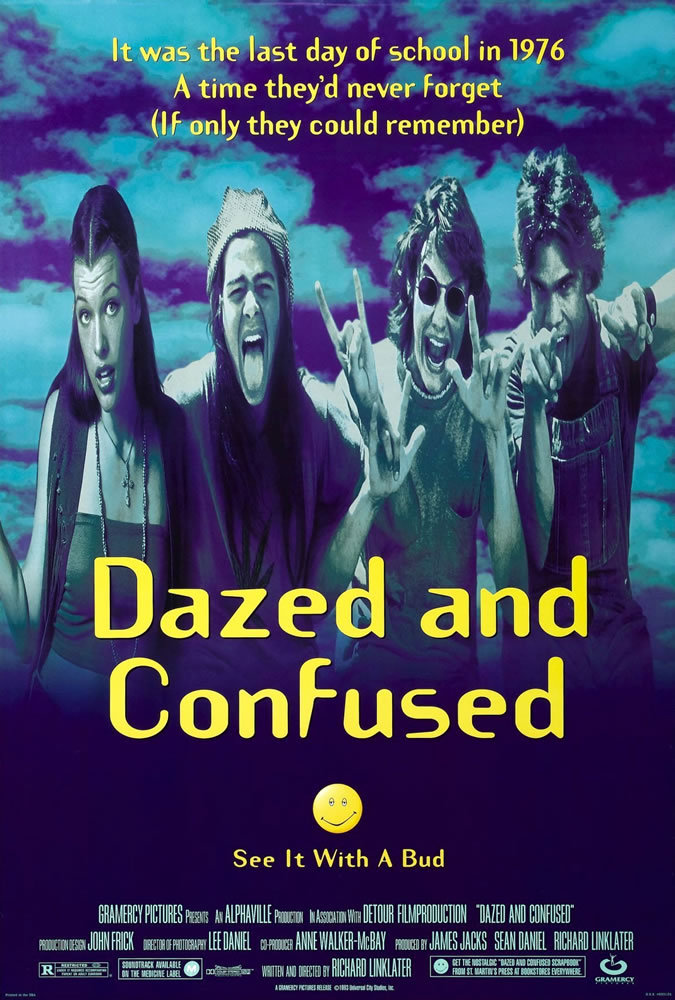 Plot: The last day of school in 1976 - when the incoming freshman are hazed and the seniors plan the party of the year. Whether you're a stoner, jock, brain or that one guy who graduated years ago but still hangs around - it's sure to be an unforgettable night.

"Dazed and Confused" is a funny, iconic, but average coming-of-age teen comedy.

Now this is what you call a feel good movie. Dazed and Confused takes place in the year 1976 the last day of school. all the stoner, jock, nerds and other people; having a unforgettable night of there lives. This movie has a great soundtrack and great cast & characters. To me it's not as brilliant or outstanding as people say it is, but I do understand why people like it so much.

A film without much of a grand plot in mind. On the last day of school, the film zooms through the lives of a group of teens and follows their dreams and aspirations. The film is nostalgic, sometimes inspiring, and uproariously funny.

Richard Linklater is a great director, because he understands certain age groups. He almost never delivers a clichÃ© in his movies, sparking something inventive, yet staying true to the genre of the film. And Dazed and Confused, is a true genre film.

I can't exactly call this film relatable, because I'm not a 70's kid, and I wouldn't know all of this hype and customs of those times. But I sure dug the hell out of this movie.
I just couldn't help but appreciate the way Linklater developed these likable young characters. Sure, they're not doing anything meaningful or helping society in any way (most likely the opposite), but the spirit that is constant in this film is the feeling of freedom and separation from all troubles.
The acting is fantastic and authentic, especially everyone in …

Amazing soundtrack, camera direction was well utilized and the cast delivers. Future stars include Milla Jovovich, Ben Affleck and Matthew McConaughey. The screenplay was well thought of, no real story but the character development was effective. A few memorable lines: Cynthia - "You know, but that's valid because if we are all gonna die anyway shouldn't we be enjoying ourselves now? You know, I'd like to quit thinking of the present, like right now, as some minor insignificant preamble to something else." Pink - "You know, Coach, I gotta get goin'. Me and my "loser" friends, you know, we gotta get Aerosmith tickets. Top priority of the summer. Oh, and Coach, I forgot. I might play ball. But I will never sign that!" A film about friendship, choices and having a good time. Dazed and …

No posts have been made on this movie yet. Be the first to start talking about Dazed and Confused!