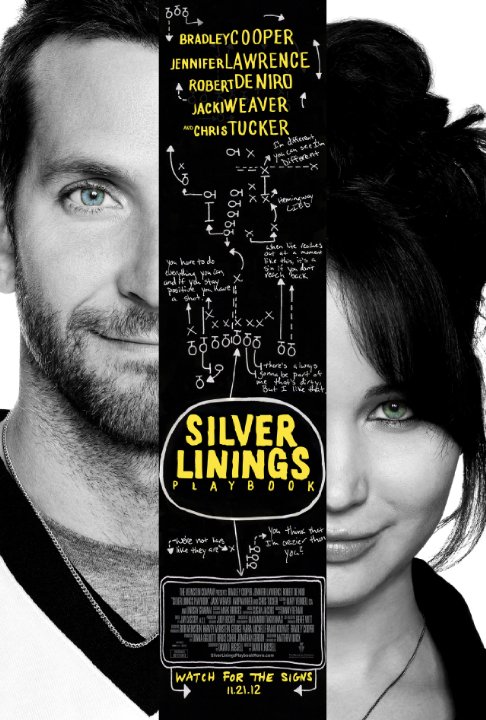 Plot: After eight months in an institution, Pat Solitano moves in with his parents, wanting nothing more to get his life back in order, starting with re-connecting with he ex-wife. He meets a young woman with challenges of her own who promises to help him, as long as he does something for her in return. Yet as the plan comes together, these two damaged individuals begin to form their own bond. -- Chris Kavan

Weaves dark subject matter into its light-hearted comedy story so perfectly. "Silver Linings Playbook" reminds me of the kinds of movies Cameron Crowe used to make.

A really good comedy drama with fine actors, De Niro is funny... Cooper is funny and likeable... along with the sexy Jennifer Lawrence, who won the oscar. Although i think that should have went to Cooper 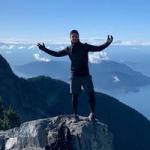 This movie is directed by David O. Russel, which has a very unique and singular filmmaking stiles, which light up the actors performances enclosing the camera in almost all shots during this whole movie, capturing even the tiny expressions. This is a movie based on a book from Matthew Quick and works, indeed, along with the book. The casting for this movie was great, focusing on the four main characters and how great and subtle and always in the right tone they were. Flawless performances specially from Cooper and Lawrence. De Niro again nailed it as Cooper`s father. The script and the performances held the audience and the movie itself beautifully. Lawrence throws the performance of her life. This movie is a perfect and clever enough to be watched several times, and the most important …

What a great film! David O. Russell always seems to get the best out of his actors and this was a tour-de-force of great acting. This truly was an actors film. And we were all along for the ride. It's too bad that this film had to come out the same year as Lincoln, because Bradley Cooper deserved the Academy Award just as much as his co-star, Jennifer Lawrence, who won. Russell is so good getting the best out of his actors, that Chris Tucker gives a great performance.

I haven't even discussed the story. I first glance, this looks and feels just like your typical romantic comedy, but it's much more. I don't know anyone struggling with mental illness, but this made me feel the struggle of caring for someone afflicted with the disease.

This is a great film with some of the best …

Jennifer Lawrence is the silver lining.

I have to admit, I didnât think much about this comedy, romance movie at first. I was getting a little bored with the bipolar antics of Pat (Bradley Cooper), and the denial drenched, obsessive compulsive disorder behavior of Pat Sr. (Robert De Niro). Even zany Danny (Chris Tucker), with his multiple personalities and psychiatric hospital breaks, was coming off as stuffy. That is until Tiffany (Jennifer Lawrence) cleared the air and the dinner table at the diner, with that unforgettable release of righteous indignation. After all, whoâs crazier? The self admitted loony, or the loony who thinks heâs normal? Even though I think the world could benefit from seeing less movies that have a happy ending for the lovers involved (Am I the only one whoâs tired of happy endings in movies? …

I'm very much looking forward to this. &amp;nbsp;The completely positive response only fuels my want to see it.

I had the opportunity to see this early, and while I post my review quite yet, I can say that if you're looking for a date movie - this is the one. Forget those fluffy pieces of nothing that I usually associate romantic comedies with - this has comedy, drama and, most importantly, excellent casting. My rating stands and I wouldn't be surprised to see it up for a few awards.