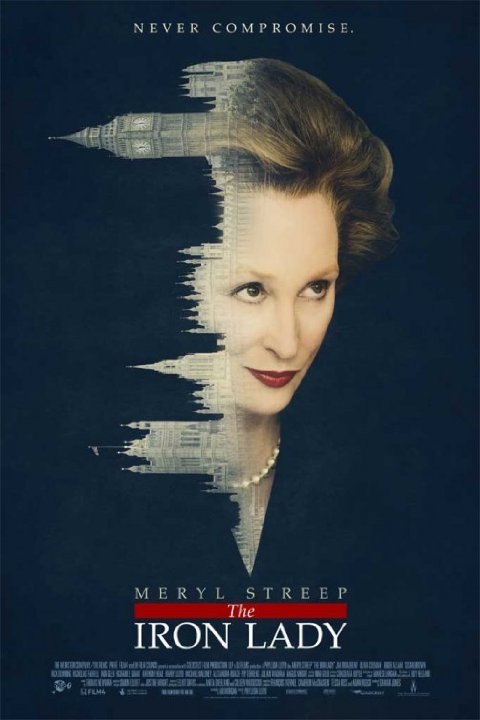 Plot: A film based on the life of the UK's first female prime minister, Margaret Thatcher and what she had to sacrifice in order to rise to power in a male-dominated political society. -- Chris Kavan

I think there was a problem on framing the story of Margaret Thatcher and the over-all direction of the film. Meryl Streep was incredibly great though, and that's not a surprise.

It was a okay movie but it's not for everyone.

I gave this full marks for Streep's performance; aspects of the film's structure were not very interesting.

An okay script and film is strengthened by a huge performance by Meryl Streep, who embodies Margaret Thatcher so much there were times I thought I was actually looking at Thatcher herself. It's not just the look she gets down, but also the voice, mannerisms, and posture to a point where the line between the two gets thin. While the previews make it look like a biopic, the film is actually a drama of an older Thatcher, struck with dementia, being reminded of certain points in her career. As a result, you get a more intimate portrayal of Thatcher rather than just a film about her accomplishments. Some may not like this, the dementia is never addressed and thus, if you don't know she's suffering from it, you might think Thatcher went crazy. As someone who follows politics regularly though, …

No posts have been made on this movie yet. Be the first to start talking about The Iron Lady!