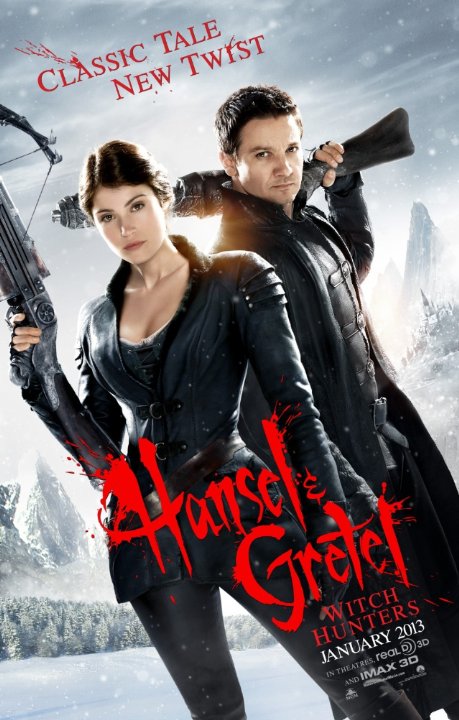 Plot: After surviving a traumatic childhood encounter with a gingerbread house, Hansel and Gretel grow up to become a fearsome bounty-hunting duo focusing on eliminating evil witches of the world. -- Chris Kavan

Tremendously stupid but it pretends to be nothing more than a gory over-the-top fantasy/action movie. Along with the rest of the cast, Jeremy Renner and Gemma Arterton remain fully aware that they're in a tremendously stupid movie. But it's short so it does not overstay its welcome which would have made it a truly awful movie.

Things I learned from this film: Witches are awesome at parkour, Hansel and Gretel have really foul mouths and trolls make excellent friends (and even have names!). This is a fun diversion - and it definitely earns the R rating - if you want an action film with a fantasy twist, you'll have a good night.

No longer a children's tale is this gory splash !

Gone are the days where children used to be in touch with H and G who fight witches and become heroes of the day. Now this era poses novelty. They are grown up and they use gigantic guns to take down the deadly witches. Frank Wirkola (TV series director) has taken up the Hansel and Gretel in a different way. He uses the premise of the original story for first few minutes and helps them grow big and take down the deadly witches one by one. Hansel (Jeremy Renner) and Gretel (Gemma Arterton) are siblings in the plot, (does sounds awkward). They use the map, take down the deadly witches. But the stronger witch defeats them and decides to trap 12 children to work on a curse that might stop them from trouble. Now both Renner and Arterton are lost. One finds the white lady he saves at first …

I give up. For years now Iâve tried to really think about each and every movie I see and really analyze what is good and/or bad about them, but half the time my conclusions seem to be different from everyone elseâs. I though The Master was the best flick of 2012; It wasnât nominated for best picture, I Thought Argo was overrated; It won best picture and I though The Last Stand was the best action movie Iâd seen in a while; it flopped. Now here I am giving Hansel and Gretel: Witch Hunters, a movie that currently has 15% on Rotten Tomatoes, a good review; all attempts to conform have pretty much been dropped.

I just donât understand what everyone hates about this movie. I think the action scenes were fun, I thought the dark-age steam punk world they created was unique …

This movie is an interesting take on the Hansel and Gretel fairy tale with the two adorable little kids whose father brought them to the dark forest and left them. They wander into the forest until they come upon a cottage made of candy in the woods. There's an evil witch there who tries to fatten up Hansel and makes Gretel a slave but they get the better of her and push the witch into an oven, establishing that fire is the greatest weakness of witches. Hansel (Jeremy Renner) and Gretel (Gemma Arterton) grow up to become witch hunters with an arsenal of exotic weapons. (pretty nifty weapons given that it's the middle ages)

I will avoid seeing this out of protest for stupid premises overtaking the TV commercials. This looks really stupid Not looking forward to any movies coming out soon. 2013 movies I look forward to; World War Z; Ender's Game, Man of Steel, and the Croods 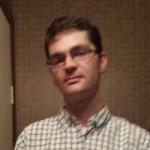 True, 2012 closed out really strong with Django, Silver Linings, Zero Dark Thirty and all and nothing has really came out yet in 2013 opening my eyes but actually, I just watched Gangster Squad last night and it was a surprise, i thought the Gosling/Gangster Flick combo was going to be a flop but he was great it reminds me of Public Enemies, depending on personal preferences which i don't know it could be a really good movie i thought it was. However it has only been 3 4 weeks into the year i &hellip;

It's been a rough start for movies in 2013. Really the only one I had interest in was Gangster Squad, but after the reviews and audience reaction came in, I decided it would be better as a rental. That's kind of how I feel about Hansel &amp;amp; Gretel - something that looks like it will be fun to watch, just not necessarily in theaters.

Its not a very high priority for me to watch this movie except Jeremy Renner along with Tom Hardy is becoming one of my favorite Actors he will never take over Leo Dicaprio as the best but im loving all his movies, it isnt my type of genre but i will probably just check this movie out just because of Renner and see how he does

This is the kind of movie that I think you never admit you really want to watch, but secretly, you're looking forward to seeing where they go with such a ludicrous premise. Considering how random the box office has been this year, I have no idea what's going to happen this weekend, but I will totally stream this once it's available.