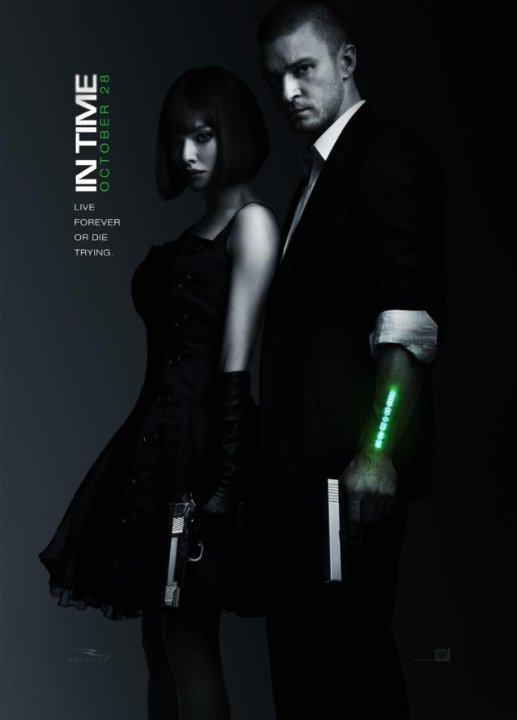 Plot: Mankind has figured out how to turn off the aging gene. To avoid overpopulation time had become the new currency and the rich are now near immortal while the rest of the people must barter to extend their lives. When a poor man comes into a wealth of time, he comes under the watchful eye of the corrupted "Time Keepers" and must now figure out how to avoid them to enjoy his sudden extended life. -- Chris Kavan

When Will Salas is falsely accused of murder, he must figure out a way to bring down a system where time is money - literally - enabling the wealthy to live forever while the poor, like Will, have to beg, borrow, and steal enough minutes to make it through another day. Justin Timberlake isn't that bad as a actor that I thought he was, I mean he is actually a fine actor and he did okay here. The movie wasn't that good but it's not terrible. the story is new and the acting isn't that bad.

Some of you guys are crazy with the bad reviews, this movie was very good. Your glass is half empty I guess.

I am shocked by people's displeasure with this movie. It was such a creative setting and plot. You can relate the plight of the lower-class of our society to that set in the movie; some people might even say it is a poltical-commentary on the pitfalls of capitalism.. The acting wasn't great but it wasn't atrocious as some people seem to think. Very fun ride of a movie.

Reductive to the Point of Being Stupid

In Time is basically Elysium before Elysium came out; but a whole lot worse. Hollywood seems to like these social-injustice-metaphor movies a lot, but they never turn out right. Avatar was boring, Elysium was worse and District 9 was annoying. Politically charged movies like this end up getting so tied up in their message that they forget to tell a good story. In Time is no exception, and may be the worst of this trend.

Itâs difficult to talk about a movie thatâs as politically charged as In Time without dipping into politics, but I will hold myself back suffice to say that In Time tackles a huge modern social issue and reduces it to a black and white essence, turning the entire thing into a straw man. This is a problem a lot of movies that try to hard to have a message …

Entertaining but too flawed...

SPOILERS AHEAD -- THIS IS NOT REALLY A REVIEW, MORE A RANT...
The movie is entertaining, fast-paced, interesting...if you can accept the premise - time as money - which I couldn't.
What would be the point of the value system depending on the time and the life living like that, when your hand is practically a wallet easily robbed. People on the poor side didn't have enough time to live at all, they were basically lowered to the level of simple day-to-day survival, which doesn't make sense - what would be the point of living like that, like simple machines to put tokens in? Opposite to them, rich people had to be careful not to make any stupid or risky movement (what a fun of living like that either) because such a mistake could cost them literally a life. If dead their money wouldn't be … 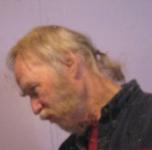 Opened to mostly lackluster reviews, but I was surprised at how much this movie grew on me as it went along.

I thought it looked good. I don't know much about the script but hopefully it is well written and well directed.

Saw the trailer. &amp;nbsp;Yes the premise was good and it has potential. &amp;nbsp;yes your right, if Timberlake delivers and the flick has a good plot, then this would be popularly be huge. &amp;nbsp;Screenplay looks pretty interesting.

Interesting concept. This looks a little like Gattaca, which was at best a divided film.Still, watching Cillian Murphy play a villain is always great. And hopefully Justin Timberlake can carry dramatic weight on his shoulders for this one, as he's yet to convince me.