The Tree of Life Movie Information 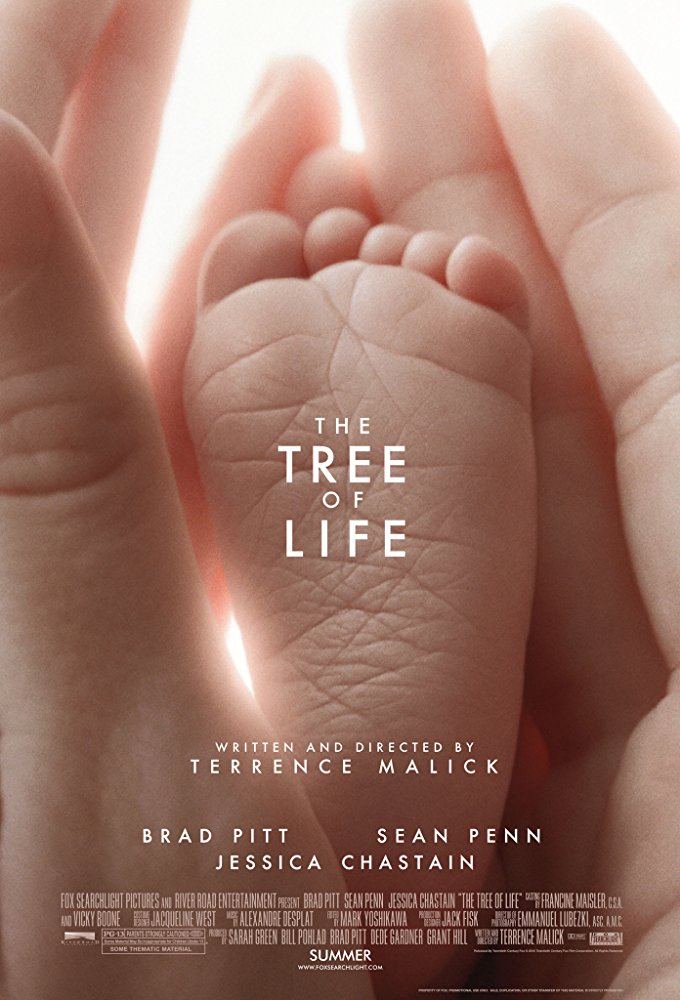 Plot: The Tree of Life follows one boy, Jack - one of three brothers as he goes through life - as a child everything seems filled with wonderment, but as he grows, and his parents vie for his attention, sickness, death all take that sense of wonderment away. As an adult, Jack is disillusioned - a lost soul in a modern world - as he searches for meaning in the grand scheme of existence. -- Chris Kavan

Not since "2001: A Space Odyssey" has a movie been so worthy of being called "art." Terrence Malik has without a doubt created the one of the greatest and most fascinating cinematic masterpieces of the 21st century.

Life in a nutshell. The Tree of Life is one of the most stunning, magnificently shot movies I've ever seen. The cinematography is something that you can't take your eyes away from, it's just that stunning. Emmanuel Lubezki is the master of cinematography, I mean he's right up there with Roger Deakins, Vittorio Storaro, and Robert Richardson. Terrence Malick direction in this movie was pure brilliant, even when sometimes it dose get a little pretentious with some of the imagery, but all that aside, this is a beautiful film that's not going to be for everyone.

What is The Tree of Life? It's a celebration of life. It's a prayer to the one who creates all things. It's a hymn of reality about both the good and evil in the world. It's a reminder of who we are and where we come from. A true poetic masterpiece. One of the best films of 2011. Shoutout to the beautiful city of Waco, TX. City of my birth and hometown of director Terrence Malick.

Everything in a nutshell.

Guess who got snubbed for Best Director.

Terrence Malick has proven himself to be a very unaccountable director. He never does interviews, barely ever lets himself be seen in public, and he makes strange editing decisions, often editing the majority of an actor's performance out of the movieâ¦ And with The Tree of Life, he yet again delivers something baffling.
As for Malick's direction: It's one of the most beautiful films I've ever seen in my life, if not the most beautiful.
It feels like every frame, every shot in this film has a story behind it, a philosophy. Like it's a part of a clockwork that energizes our lives. And of course it has that Terrence Malick feel to it. The long, poignant shots and the ominous whispers. This is not a film for people who don't like Malick's …

The Tree of Life is one of those films that you either love or hate - there is no middle ground. It questions the existence of God and shows the truly important things in life in a way that makes the viewer search for the answers himself - but they are hidden in plain sight.
The film itself is about Sean Penn's character who remembers his childhood after he learns that his younger brother has died, trying to say goodbye when it is too late. The scenes in the film are like remembering your own childhood - you don't remember all of it but you are able to recall the innocence of it and some of these not-so-important moments that become important later because they stick with your forever. The plot would've made the movie boring if it wasn't done in such unusual way. The cinematography and …

Looks outstanding...but then again, I also thought the same about New World and that movie wasn't all that great.