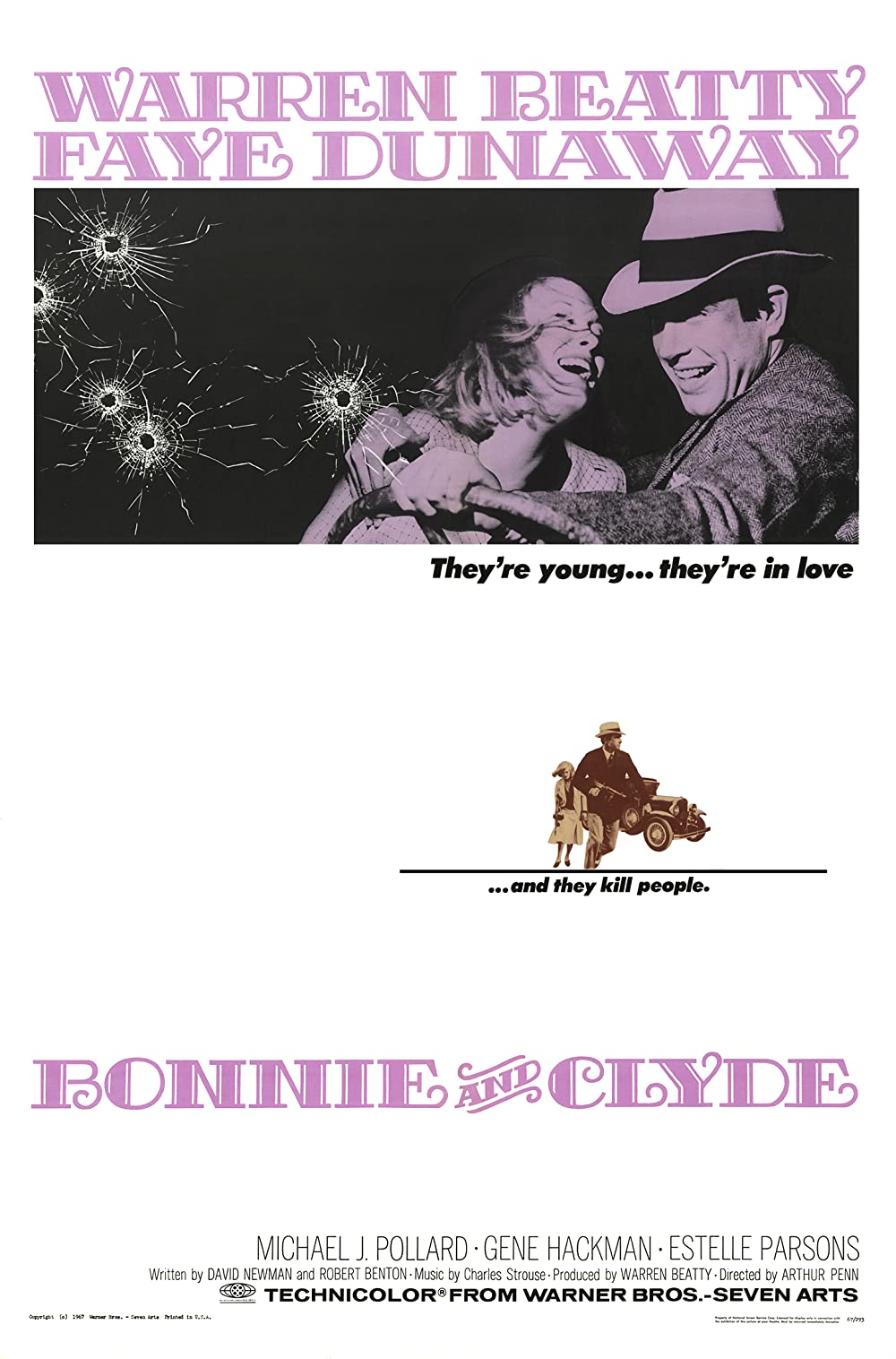 Plot: The Story of the outrageous bank robbing couple and the romance they shared.

Wildly electrifying, "Bonnie and Clyde" kicked off the evolution of cinema during the early days of the American New Wave.

Iconic gangster masterpiece that marked landmark standards to tell a true story in a way that transcends. Wonderful performances throughout and an impressive appearance by Hackman. The violence does not shy away from the screen, yet reality can sometimes be far way more disturbing than, let's say, a John Woo shootout. Unforgettable and very powerful. 97/100

This film is a masterful combination of bold acting, interesting visual compositions, and some biting social commentary. The film walks both sides of the fence - glamorizing Bonnie & Clyde's violent rampage and, simultaneously, portraying their gory downfall. Better than Natural Born Killers.

"Bonnie And Clyde" by Yojimbo

Telling the story of notorious armed robbers Bonnie Parker and CVlyde Barrow, this Oscar nominated script was actually offered to both Truffaut and Godard, but even they could not have done a better job. Warren Beatty's awkward and impotent Clyde who sees himself as some kind of self styled Robin Hood is perfectly matched with Faye Dunaway's Bonnie, who sees him as a way out of her dreary small town existence. Their dysfunctional relationship is far more interesting than the usual Hollywood sappiness and there is plenty of warmth and humour as they cut a swathe through a wonderfully reconstructed depression era America, making their inevitably brutal demise all the more shocking and powerful. One of the best crime dramas of the sixties and the template for the likes of True Romance and …

Bonnie Parker (Faye Dunaway) would have not met Clyde Barrow (Warren Beatty) if he didnât attempt to steal her motherâs car. Bonnie becomes fascinated with Clydeâs history and attitude that she eventually leaves her old waitressing job for a criminal lifestyle. Clyde recruits a kid named C.W. Moss (Michael J. Pollard) who is very knowledgeable about cars. He likewise proves to the 2 that he can be part of an organized gang. Clyde is reunited with his older brother Chuck (Gene Hackman) together with his wife Blanche (Estelle Parsons). The âBarrow Gangâ move state to state to rob banks while not hurting or stealing civilians. Texas Ranger Frank Hamer (Denver Pyle) vows his revenge after being humiliated by the bank robbing couple. Ivan Moss (Dub Taylor) assists the …

No posts have been made on this movie yet. Be the first to start talking about Bonnie and Clyde!