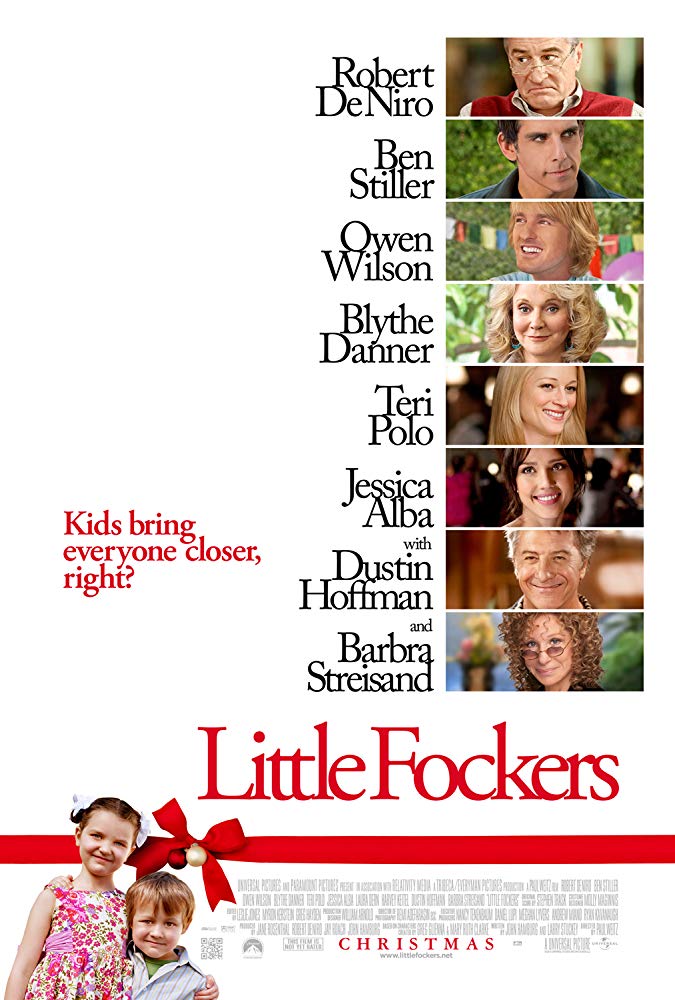 Plot: It may have taken 10 years, two kids and whole lot of patience, but finally Greg Focker thinks that he has finally impressed his father-in-law Jack Byrnes. But as his sons' 10th birthday party approaches, old habits die hard and Greg begins to read into Jack's motives. As everything begins to unravel around him, will he be able to rise above his suspicions or will Jack discount him once and for all? -- Chris Kavan

Well, I won't say it's terrible but it's definitely the worst in the series. I don't blame everyone involved for wanting to get together one more time with these characters, unfortunately they just have a story that was already told in the other 2 movies. Stop me if you've heard this, Jack Byrnes doesn't think Greg Focker is good enough for his daughter! Wouldn't that make a great movie? Eventually this movie gets frustrating to watch as the characters do dumb things simply for advancing the little plot there is. Dustin Hoffman is pretty funny in his small role, however.

A pathetic attempt to extend an already-dead franchise. The first film, Meet the Parents, had the type of socially-awkward comedy that seemed fresh and painfully funny. The socially-awkward moments attempted here are painstaking and obvious. (Ben Stiller's character slices his finger cutting a turkey and spouts cartoonish amounts of blood all over the rest of the family...haha?) All of the actors are obviously going through the motions here, playing caricatures of their franchise characters. It's sad to see such classic actors as Robert De Niro and Dustin Hoffman in a film like this. You know it's bad when they bust out the Robert De Niro erectile dysfunction scene.

"Little Fockers," is the third installment of the "Meet the Parents" trilogy and the follow up to the 2004 sequel "Meet the Fockers." However the title is very misleading. I thought that it would about the kids, but it wasn't. Instead it focuses on DeNiro and Stiller going up against one another, bumbling their way through misunderstandings and awkward moments, with the kids placed firmly in the background.

This time around Greg Focker (Ben Stiller) and Pam (Teri Polo) have settled down with twins and their children's fifth birthday party is an excuse for a reunion bringing together both sides of the family for the first time to some hilariously disastrous results. Greg is still at odds with his domineering in-law ex-spy Jack Byrnes (Robert De Niro), who has suffered a mild heart …

No posts have been made on this movie yet. Be the first to start talking about Little Fockers!