Plot: Detective Mark Hoffman has emerged as Jigsaws latest protege. With the FBI closing in, Hoffman begins another game, one that will unravel Jigsaw's grand design. -- Chris Kavan

Not that it'll matter to the most devoted fans of this depraved franchise, but the "Saw" movies are officially out of ideas. As Jigsaw would say, "Game Over!"

The story is about a Detective Mark Hoffman has emerged as Jigsaws latest protege. With the FBI closing in, Hoffman begins another game, one that will unravel Jigsaw's grand design. This movie is a step up then the other god awful fifth movie.

One of the goriest of the franchise from the beginning scene. Dan Erickson (Mark Rolston) still believes Strahms was responsible for the killing. Lindsey Perez (Athena Karkanis) is still alive, which was really baffling. During the flashbacks, Amanda and John together with Jill should look younger, which was the other way around. One should also wonder how Jigsaw tapes his videos when he is already dead. Plot was almost non-existent and the devices for torturing werenât as impressive anymore. Rules of the games were not followed as innocent lives were included, instead of ârehabilitatingâ them. Loads of dragging scenes as well on this one. Saw VI felt overloaded with flashbacks and overdone ideas.

My favorite movies by Roberto DaCritic

Saw VI (2009)They Saved The Best For Last........ For Now3.5/4 starsSAW 6 is intense! An exhausting experience to say the least, I left the theater in a daze. I had to literally shake off the feelings I had watching the film. I RARELY ever cringe during a movie. With that said, I stuffed my fist in my mouth and bit down on my knuckles as hard as I could during the opening scene!!!! The film was surprisingly good. Being a fan of the series, I'd say that 6 and 3 are the best. Everything you want &hellip;

I don't think this will be better or worse than the others in the series.&amp;nbsp; I can't wait to see what kind of cool twist filled plot they come up with and if they reveal any secrets as to the past films.&amp;nbsp; I want to know what's in John's box he gave to his wife.

*possible spoiler* All i want is an explanation of Dr. Gordon. Please have a mindblowing twist involving Dr. Gordon. I feel that would be the only thing possible&amp;nbsp;i want from this franchise,&amp;nbsp;consideri ng the fact that&amp;nbsp;it&amp;nbsp;has been&amp;nbsp;running on fumes since &quot;Saw II&quot;.&amp;nbsp;

Nope! Just that I am excited to see it. I know that their is suppossed to be a hefty role for that chick who won the reality show Scream Queens. The prize was a contract and a starring role in Saw VI. She is a dynnamite actress so if her skills are any indication....it shouldn't be disappointing. However, will this be the last one? LOL And I have a feeling that Jigsaw is not dead...... 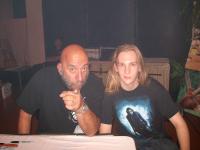 Any one know anything about th is 1?