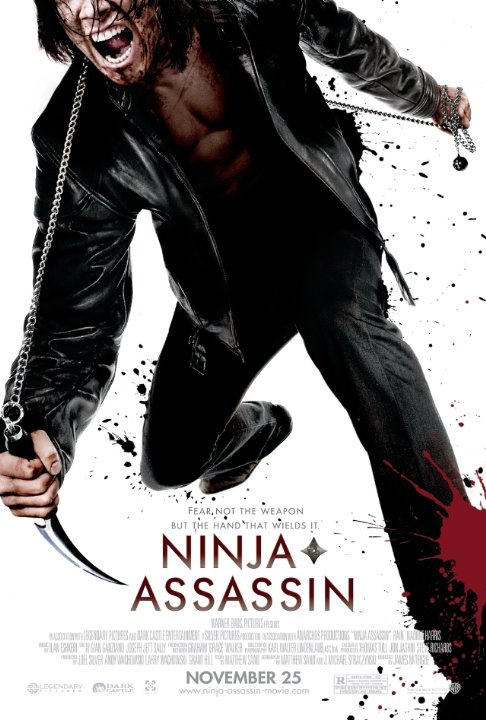 Plot: A European agent and ex-assassin must join forces to bring down the mythical Ozunu Clan of underground assassins. -- Chris Kavan

Over-the-top action and bloody good fun - heavy on the blood. Ninja Assassin is about as mindless as it gets story-wise, but it is fun to watch, providing my first sentence didn't turn you off. The weapon fighting is actually pretty impressive, even if the gore gets in the way.

As a martial arts/action film junkie I am slightly biased in my views. I feel that this deserves a 4/4, but some part of me is saying that pure action doesn't make a perfect film. If all you are looking for in insane acrobatics, swordfighting and bloodletting, you will enjoy this. It kind of takes on a predator vibe due to the villainous ninjas other-worldly abilities and penchant for showing up out of nowhere. I watched it 3 times in theatres and regard it as a top tier action/martial arts film.

The film is about a European agent and ex-assassin must join forces to bring down the mythical Ozunu Clan of underground assassins. This movie has awful CGI blood and the action scenes are all over the place.

A ninja who has turned his back on his clan fights to defend an Interpol researcher who is trying to uncover them and seek revenge upon his erstwhile master. No-one has the right to complain about the lack of depth or characterisation in this film. It's called Ninja Assassin for christ's sake. Essentially it's a mish-mash of ideas that are just an excuse for wildly over the top action sequences in which bad guys are sliced, diced and eviscerated left, right and centre; it has the "gangsters fighting against an invisible assassin" format of the Predator films, the "come with me if you want to live" character dynamic of The Terminator and the soldiers vs afore-mentioned invisible assassins finale that's straight out of Aliens. But unlike Doomsday which managed to completely balls up this … 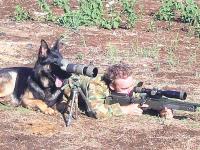 A must see for martial arts enthusiasts. Contrary to other reviews I`ve seen there is actually a plot to go along with all of the fight scenes. A boy is taken by a clan of ninjas to be raised as an assassin. He grows up with no fear and no heart until a girl from the same clan teaches him to love. She tries to escape and is made an example of. The boy kills his first target and as a reward is told to kill another girl that has tried to escape. He refuses and the clan attempt to kill him. But he has learned the art of healing and survives. And refutes his life as an assassin and one by one eliminates his fellow brothers of the clan. He meets a woman that is investigating the clan and falls for her, trying to save her from the clan. the Grand finale occurs at his boyhood home, the training …

Blood does not compinsate for story

This movie turned out to be a bit of a let down. The trailer looked epic. With a plot and title of Ninja assassins how could one go wrong? Well... sorta like this. Though in all fairness, with a plot and title of Ninja Assassins it could have went much much worse.. The action here was top notch, cgi excelent as well as the fighting scenes. Everything else on the other hand.... Meh, I'm one of those people that finds a hard time enjoying movies because I can't help but think how much better they could have been if certain things had been different. In this case for instance, the story. I could have invisioned great things with a story line similar to this however the one presented is really... meh. You want great martial arts action with an excelent story line see unbreakable... You …

No posts have been made on this movie yet. Be the first to start talking about Ninja Assassin!