Plot: Searching for his sister, Clay stumbles upon the remains of Camp Crystal Lake, now boarded up and rotted. Against locals and authorities, he meets up with a group of college kids offering him his best leads, but when they disturb the campground they once again unleash Jason Voorhees who is more than happy to begin another killing spree.

Boobs, blood, drugs and a hockey mask killer and this remake doesn't even deliver all that.

let me start by aying i think the original was great.but this piece of shit ( mind my french) but this movies sucked so bad.everything about this film is just plain bad.the acting and dialogue is well...you've guys seeing many remakes,so you know how it is.thers no point to remaking this.wait in know....$$$$. when will studios ever learn?

I always enjoyed movies that made me jump, but the later horror movies have done nothing but kill suspense, include sex, and make everything bloody. Friday the 13th was no exception. Friday the 13th, along with the clique marks of horror movies, has unrealistic characters. Character interaction was bland, at best, and made the acting seem over-done and quite ridiculous. When the characters did interact well, I couldn't take that part of the movie seriously. Overall, Friday the 13th wasn't even worth watching. I wouldn't recommend this movie to anyone.

Ok this movie was just so so. I was expecting a badass movie and got a badass Jason Voorhees which isn't terrible. I know horror movies are made to scare and show gore but I think there should be some story behind it. Yes there was a story but a very typical one. When i'm talking story I mean a good story like what Rob Zombie did with Halloween. This movie just delievered to gore fans. Which I am one but like i said I like story to. Derek Mears did great as Jason if there's any sequels being planned make sure you cast him again. The only other character worth mentioning is Jared Padelicki he did good with what he was given. All the other characters just felt like they was going with the flow like all the other ones that was made. This movie was given some dumb cheesy scenes that could …

Not so much a remake of the 1980 slasher but more an update of the whole Jason Voorhees legend, director Marcus Nispel and producer Michael Bay have once again teamed up to bring a horror icon from the video nasty-era to a new generation, following on from their success with 2003's 'The Texas Chainsaw Massacre'.

Starting where the original 'Friday...' left off, in 1980 and the death of Jason's mother (Nana Visitor), this new version combines elements of the first four original movies, with Jason coming back for revenge wearing a sack on his head, to him picking up the iconic hockey mask and terrorising a houseful of 'teens' (or young adults, as they clearly aren't teenagers). The scene then shifts to the present day, where a group of five young people set up camp in the woods just … 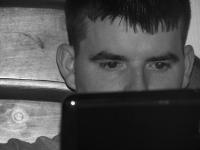 There is absolutely no excuse for this movie.

This review will contain spoilers for this film, the original Friday the 13th, and Friday the 13th Part 2. It will also make you shake with rage and frustration, and cry out to the heavens in anguish.

Let me paint you a picture. Imagine if you will, a boy raised on all of the cheesy, schlocky horror films of the 80âs, a boy who grew to love all horror films equally, but who found a special love in his heart for the slasher films. And imagine that boyâs sadness and despair when, in the wake of Wes Cravenâs Scream, he saw his beloved slashers, once R rated spectacles of violence, sex, and illicit drug use descend into stale, watered down, PG-13 shadows of their former glory. And one of the greatest heroes of the original slasher movement, the Man Behind the Mask himself, Jason …

My Friday the 13th Movie Rankings by The WHB

Needless gore is what makes cinema great. Instead of Freddy vs. Jason maybe they should have had Jason vs. The Screen Actors Guild and have him wreak havoc on Sean Penn, Alec Baldwin, Matt Damon, The cast of Friends, Sex and the City, He's Not that into you and whoever is in charge of the oscars.

Hey there drudgees! So, where're the naughty reviews then? Who's going to show this stranger 'round the new horror flick?

Could be terrible like many in the past. Trailer looks scary though.