The Boy in the Striped Pyjamas Movie Information 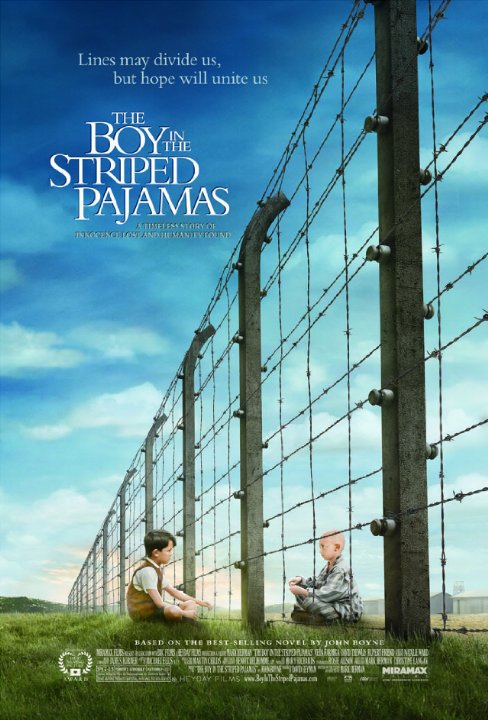 Plot: The young son of a Nazi death camp officer becomes friends with another young boy... who's a Jewish death camp prisoner. -- sapien

Such a brilliant drama.

"Never stop being a kid, Richard. Never stop feeling and seeing and being excited with great things like air, engines and sounds of sunlight within you. Wear your little mask if you must to protect you from the world but if you let that kid disappear, you are grown up and you are dead." (Richard Bach)

When a son of a soldier befriends a prisoner, it is all for the friendship and "exploration" these kids get into even during war. *** Without a doubt, this film adaptation of John Boyne's novel, is of the greatest stories ever told set during World War II. Packed with thrill and emotion, the movie brought us to the innocence of these kids during the time of violence. For a film like this, it is very hard not to be attached on the characters. That is why this film seemed to closed without giving something positive feeling to the viewers. *SPOILER ALERT* I am not saying that Bruno and Smooch (?) better not died at the end of the film, the thing is, it did not give viewers sense of "loving" the film on its entirety.

No posts have been made on this movie yet. Be the first to start talking about The Boy in the Striped Pyjamas!