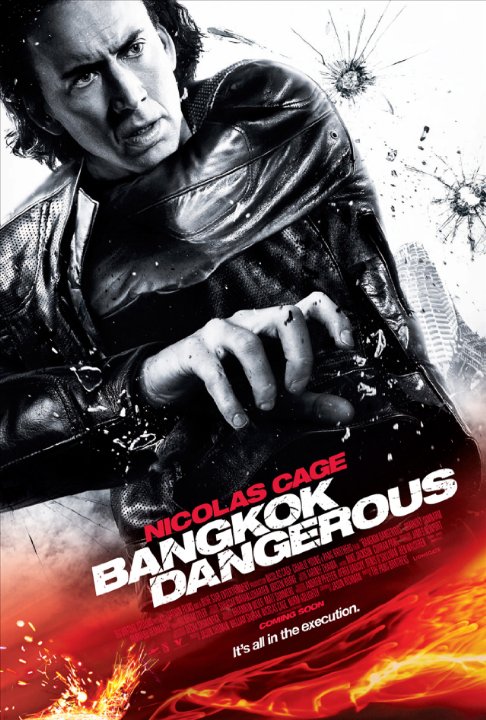 Plot: This remake puts Nicholas Cage in as the hitman who travels to Bangkok for a hit. Soon after, he finds himself falling for her and develops a strong bond with a young boy who helps him on his job. Does he commit the hit or does he get back at the agency who ordered the hit? Action, Thriller, Crime.

Even when one simply wants meaningless and "Bang! Bang! Bang!" type action without the requirement of any thought this "film" won't deliver. Nic Cage and the Pang Brothers seriously scrape the bottom of the crap barrel, which is littered with Sci-Fi Channel yawns and direct-to-DVD ghetto vampire and zombie flicks, to actually make Steven Seagal seem respectable. Overall, this even isn't worth a review let alone a contingent $0.99 purchase from ebay or Hollywood Videos scrap bin!

A very slow and uninteresting action film. Nick Cage has huge talent but lately he has been picking films that do not showcase his ability at all (i.e. Ghost Rider). Not only was his performance so/so but the action scenes where actually quite boring. The only thing that this film really had going for it was the writing witch was actually very interesting for an action film but that alone is not enough reason to see it. So overall I say that if you are a big Nick Cage fan wait for it to come on T.V. otherwise just skip it all together.

Joe (Nicolas Cage) is an assassin who hires Kong. Direction seems to wander around, having no clear plot after the 2 murders and training from Joe. Too many chases, killing and talking which usually doesn't make any sense that tends to be dull. Romantic angle between Joe and the girl was awkward and rushed. Soundtrack not that appealing and acting just sub par. Screenplay was not that engaging as well with lines such as: "Truth is, its easy to kill a politician. The hard part was, getting away with it." and "Time is very important." - Joe. Poor character development and story just uneven. It was baffling how Joe escaped from a group of policemen during an assassination attempt. Even the ending was disappointing. A poor version of Leon (or The Professional) and touches of JFK. …

A hitman doing one last job in Bangkok takes on a student in the form of a local small time criminal and tries to escape his violent lifestyle through a relationship with a deaf-mute shop girl. The Pang brothers lobotomise their own well-received Thai action movie and create such a pick and mix of lumbering genre cliches that the result almost topples over under its own clod-hopping weight. Nicolas Cage sports one of his more ridiculous barnets (and that's up against some VERY stiff competition), looking like he's come straight from auditioning for the headless horseman in Sleepy Hollow and sleep walks through a plot so predictable it couldn't surprise a goldfish. And most criminal of all, the audience have to wait for an hour to see any real action at all and what there is is …

Movies I Hate by memento_mori

Action Movies I Own by Joshua

Movies I Own by Moviefreak3333

Movies | Own - Digital by joshakabulldog