The War of the Worlds Movie Information 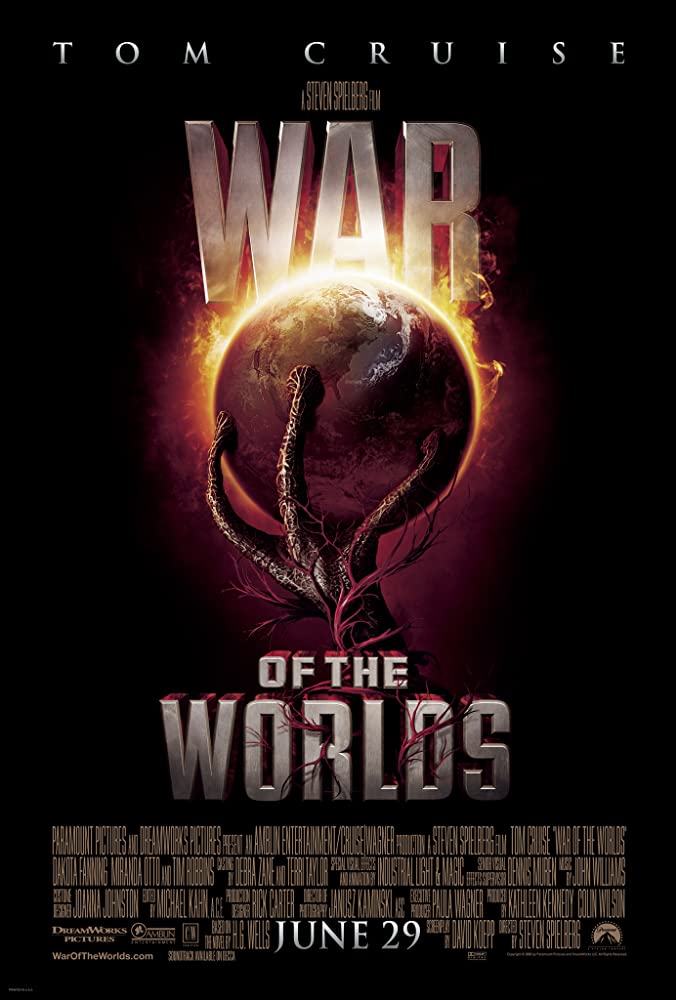 Plot: When an alien invasion begins in New Jeresey, a divorced father takes charge of his two estranged children and promises them to lead them back to their mother.

A lousy adaptation of the novel acted out by unlikable characters.

Steven Spielberg I love your movie but this movie sucks.

The key to these type of movies, for me, is to succeed in achieving fear in the viewer. This movie accomplished that and allowed me to overcome having to watch Tom Cruise and Dakota Fanning for 2 hours (not a fan of either). I never heard the original broadcast, so I do not know how much of that played into the film. This is worth the watch for Sci-Fi and apacolypse type movie fans.

"The War Of The Worlds" by Yojimbo

An ordinary working man attempts to protect his two children as they flee an invading Martian force who have set about eradicating the human race. Upon first viewing I was none too impressed by Steven Spielberg's "Independence Day for grown ups". It seemed at the time like a po-faced version of the Emmerich/Devlin film that lacked the tongue in cheek humour that made it so entertaining but retained the schmaltz. In retrospect, it actually does have its good points; its visual effects have stood the test of time quite well and the first half of the film gives a nice sense of humanity enduring an apocalyptic scenario, much like a family friendly version of The Walking Dead...there is even a direct reference in the show if you look for it! The film's flaws are obvious however; Tim Robbins' …

No posts have been made on this movie yet. Be the first to start talking about The War of the Worlds!