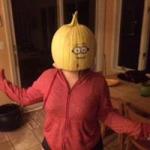 Best romantic movie I've seen since it's a remake of the original Father of bride . Tho is movie with Steve Martin is adorable , funny , and romantic , along the side with Diane Keaton and Kimberly Williams , George newborn and the funny Martin short !!!! When a father is trying to cope with his daughter wedding coming up things go to chaos before the wedding of Annie and Brian . Father of the bride is a romantic movie I've seen !!!