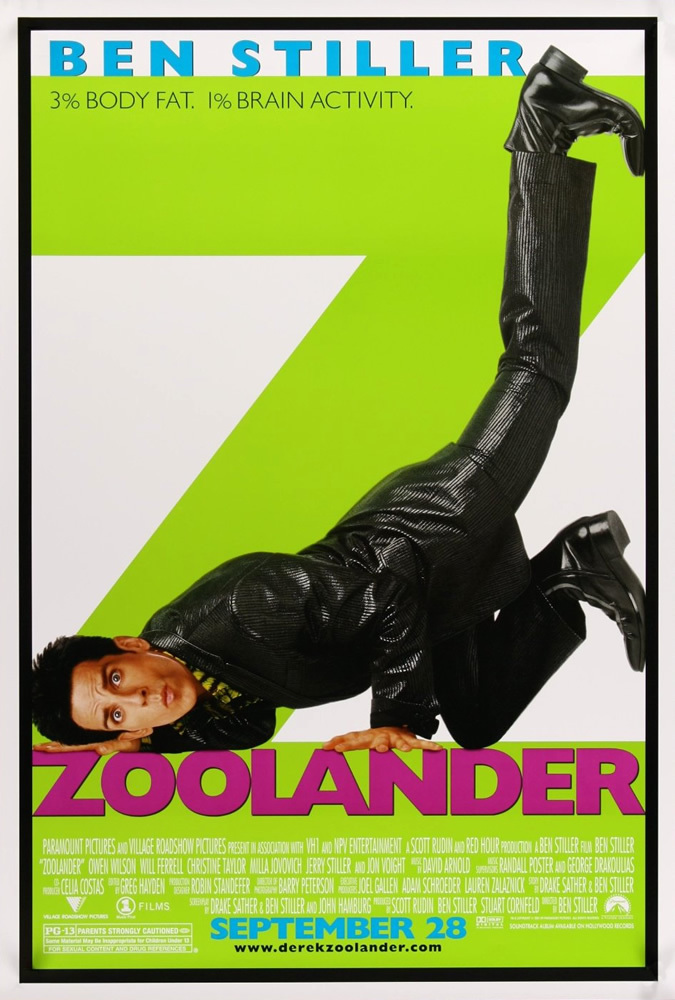 Plot: Male model superstar, Derek Zoolander, is the hippest, sexiest and most unique super model to ever hit the runway. That is until Hansel comes along. Mr. Mugatu, top clothing designer, hires Derek to represent his Derilect campaign, but can Derek go through with it, or is Mr. Mugatu just using him?

It's so dumb, but so enjoyable.

I didn't find this movie that funny to be honest.

There's nothing incredibly deep about this broad spoof on the fashion industry, but it's often enjoyable to watch. It could have been smarter and cast sharper barbs, but as plain, dumb fun, it works a lot of the time.

A eugoogolizer you know one who speaks at funerals

I decided to see this after I heard a few critics complaining about how much they thought it sucked... so based upon the fact that I believe all paid critics are just failed actors that like to bash films out of bitter jealousy I decided to check it out.
I'm glad I did because this turned out to be one of the funniest movies I have seen. Will Ferrell has never let me down when it comes to comedy, he always has his own twist on things that makes it work. Ben Stiller and Owen Wilson are always on the same page when it comes to what works and what doesn't so they know how to keep things moving in the right direction.
I think that having David Duchovny play a hand model was really a great touch, and he pulled off the character very well.
Check it out, you will find it to be very …

No posts have been made on this movie yet. Be the first to start talking about Zoolander!