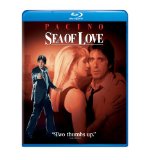 Plot: A New York City detective searches for the serial killer who locates victims through the singles column in a newspaper. The cop falls for a lady in one of the advertisements.

Movies I Want To See by Alice C 92

No posts have been made on this movie yet. Be the first to start talking about Sea of Love!