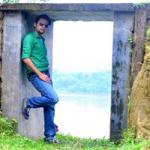 Film I Love: The Shining

Itâs a comedy drama narrated by Lucianoâs perspective. Luciano is a fish vendor in Napoli that becomes crazy while waiting for his chance to enter in the house of the Big Brother. The problems with âRealityâ was majorly that it wasnât directly and explicitly political. The political narrative in this movie is strong but harder to understand because itâs definitely implicit. The whole movie is a denounce against Berlusconi in that he is âresponsible for recalibrating the nationâs values, turning reality TV stardom into the nationâs most in demand âcareerââ1. Many in Italy argue that Berlusconi has created this social disease in that his TV company, Mediaset, one of the most important in Italy, produces the Big …

Movies I Want To See

Godfather III is one of the best third efforts (not as great as LOTR:Return of the King but definitely better than Back to the Future III) and fittingly encapsulates the story of Michael. His trying to redeem redemption and guilt were one of the highlights of the film in my opinion. It's way better than most mafia films made after it. Yup got Godfather figures (Mcfarlane/Hot Toys/even GF3 M.Corleone), novel/books, game and had a trilogy vhs copy hahaha

Thanks for the add and glad you like my lists. Enjoy here and looking forward to seeing your reviews/lists as well.

I can't remember exactly what I didn't like most about Van Helsing, but I think it was just overwhelming dissapointment. Haven't seen it in years, maybe my opinion could change on another viewing.

Yes, I would recommend 'The Grey'. It's a solid survival thriller. Let me know if you like it.