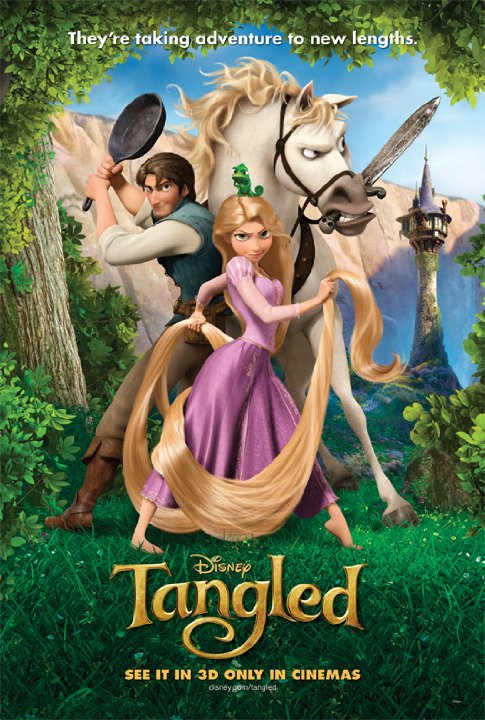 Plot: Rapunzel has lived her life in a tower, but a passing bandit catches her eye and she finally leaves tower life behind to track him down. -- Chris Kavan

I don't know what it is about these CGI Disney animated features, but they tend to seem rather generic when compared to classical 2-D works. "Tangled" is charming enough, but it's nowhere near incredible.

After receiving the healing powers from a magical flower, the baby Princess Rapunzel is kidnapped from the palace in the middle of the night by Mother Gothel. Gothel (Donna Murphy) needs the rejuvenating powers of her hair to remain young; so she locks the beauty away in a hidden tower supposedly from the big bad world.

Rapunzel is now a beautiful teenager with extraordinary long magical hair. She has been in the tower her entire life, and she is curious of the outside world and longs only for one thing- to get out there and see the floating lights that appear every year on her birthday.

As luck would have it Flynn Ryder (Zachary Levi), a thief, finds his way into her tower when hiding from the palace guard and Rapunzel fearing he is one of the evil monsters her mother has warned … 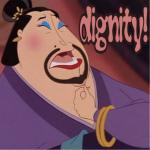 Tangled is the BEST! I love this movie and I am getting all my friends to see it too. I have already seen it 3 times in theatres because it is so worth it. The Princess and the Frog wasn't good, but Rapunzel made up for that and more.This is definately the best disney movie of the decade!!!

Hey All-Pardon the double post, but did anyone happen to see the film over the holiday weekend? If so, what did you think?

Here on behalf of Disney, just wanted to see who's excited for Disney's newest animated film. It's a getting a lot of early positive buzz. Who's planning on seeing this one? http://jimhillmedia.com/e ditor_in_chief1/b/jim_hil l/archive/2010/09/30/terr ific-quot-tangled-quot-is -the-hair-er-heir-apparen t-to-disney-s-fairy-tale- crown.aspx