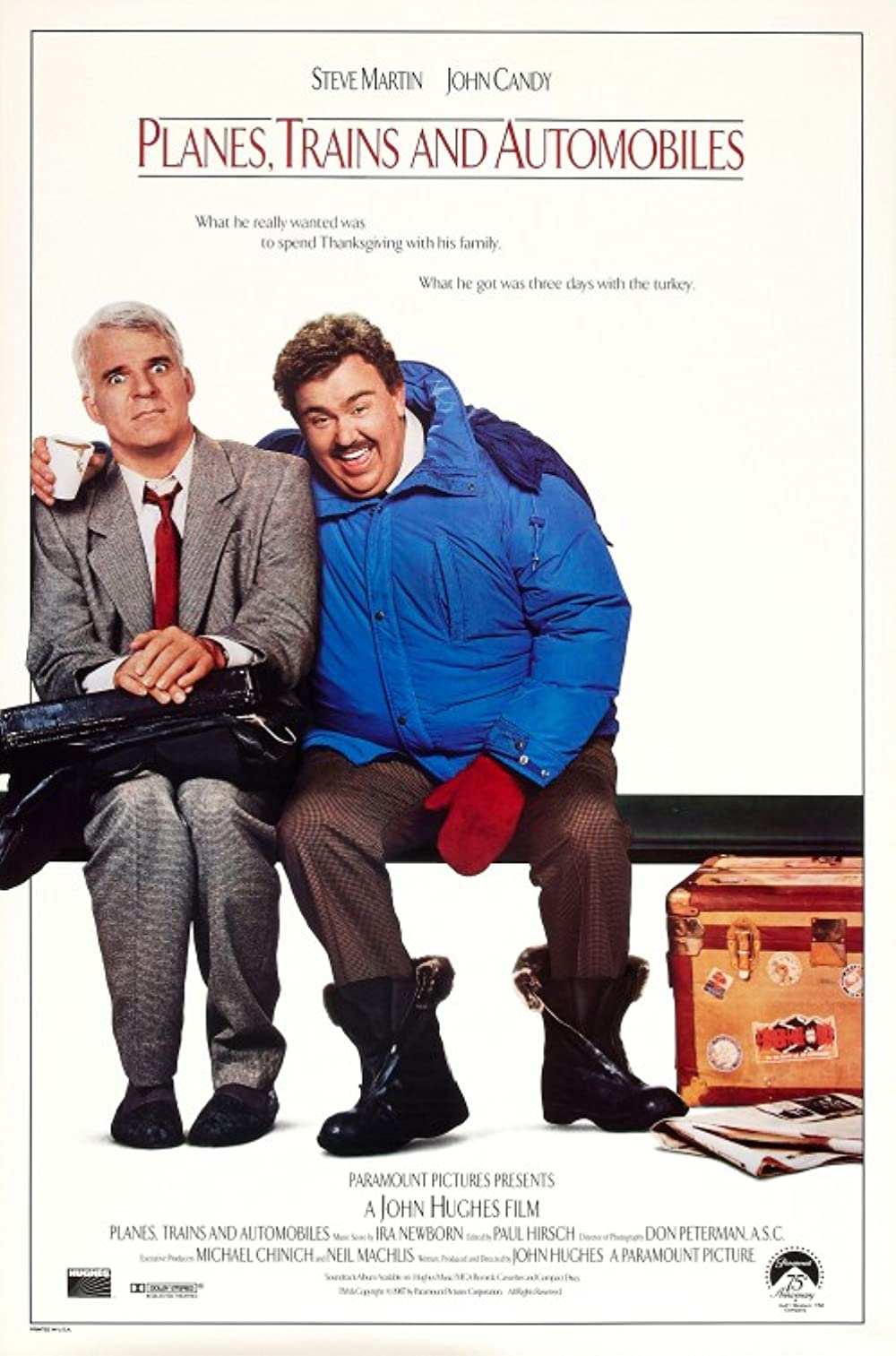 Plot: Uptight businessman Neal Page wants to get home for Thanksgiving, but when his flight is canceled due to bad weather, he is forced to procure other means of transportation and is joined by Del Griffith, a salesman with a big heart and even bigger mouth. -- Chris Kavan

A road comedy that couldn't be better. It's two main characters have perfect chemistry and it's memorably funny.

Very Funny, This is a great movie for the family. The ending was great. Watch it, u will like it.

Uptight businessman Neal Page wants to get home for Thanksgiving, but when his flight is canceled due to bad weather, he is forced to procure other means of transportation and is joined by Del Griffith, a salesman with a big heart and even bigger mouth. This is the best Christmas movie I mean Steve martin and John candy was very enjoyable to watch.

Neal Page (Steve Martin) has been experiencing a string bad luck before getting home in Thanksgiving. A few of these unfortunate events that occurred were his cab being driven away by another passenger, flight home was cancelled, gets robbed, major credit cards got fried, rental car that was non-existent and almost gets crushed by 2 trucks. Del Griffith (John Candy) finds a way to bring his new found friend home on Thanksgiving. A few lines from the flick: Del - "You wanna hurt me? Go right ahead if it makes you feel any better. I'm an easy target. Yeah, you're right. I talk too much. I also listen too much. I could be a cold-hearted cynic like you, but I don't like to hurt people's feelings. Well, you think what you want about me. I'm not changing. I like me. My wife likes me. My …

What can I say about Steve Martin and John Candy? They are great together? They are great individuals on and off the screen? Regardless, I have seen this movie so many times that I sometimes annoy people when I regurgitate lines from the movie or when I relate normal life to scenes that happened in the movie. One great example is one of the opening scenes when Martin is rushing to get to the airport after an arduous sales meeting. We've all been there, where someone or something adds to the stress of a non-typical day. Three incidents of note happen when Martin is outsmarted by Kevin Bacon, taken advantage of by an attorney, and robbed of a cab by Candy, all within a few moments. The agony only builds from there for Neal Page.

The supporting cast is incredible too. Carol Bruce, …

No posts have been made on this movie yet. Be the first to start talking about Planes, Trains & Automobiles!