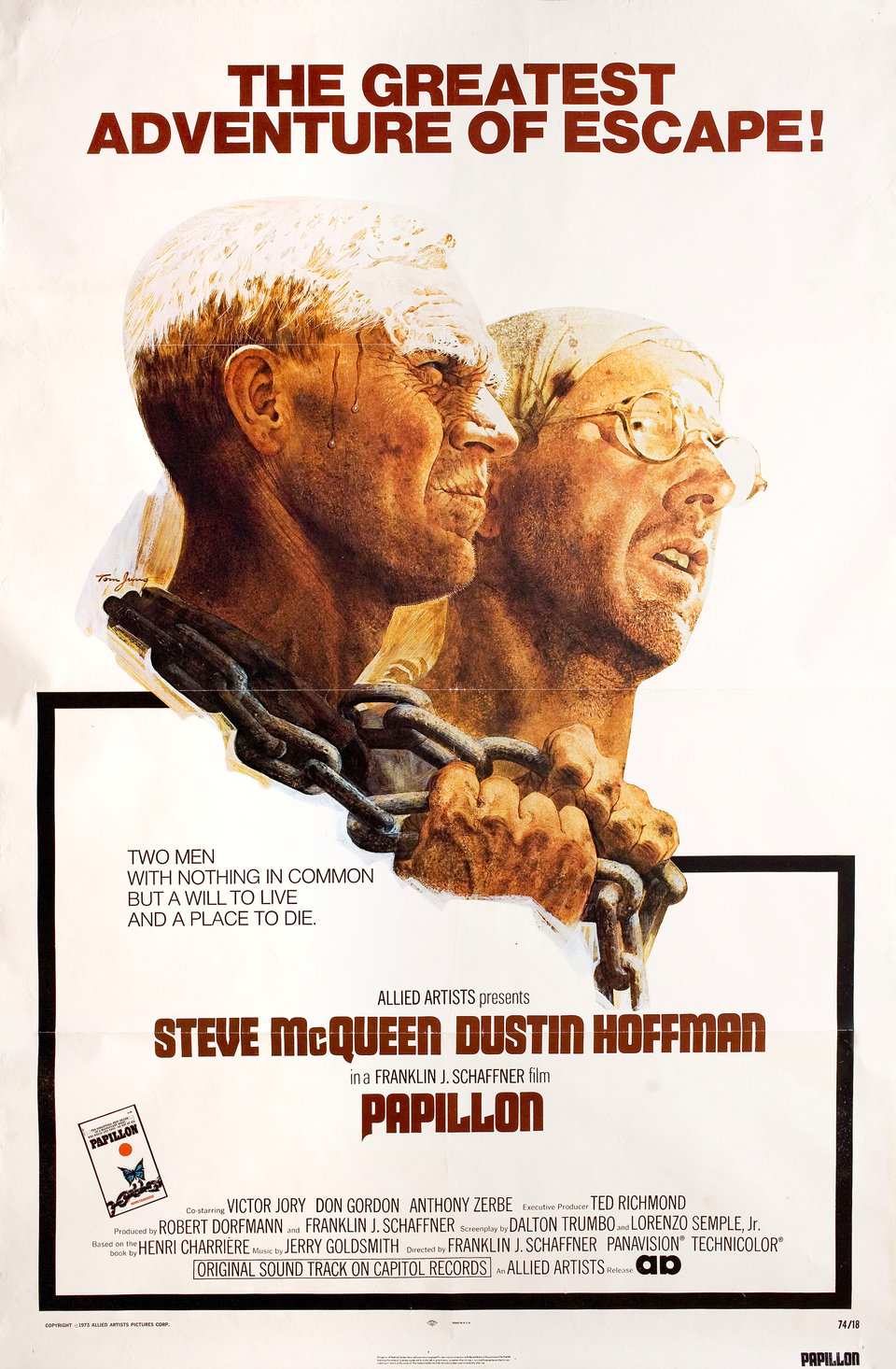 Plot: The true story of a man trying to escape from prison. -- sapien

Billed as the last, great film in actor Steve McQueen's career, pairing him with Dustin Hoffman (they apparently didn't have the best relationship, though kept things "professional" on set) as two inmates sent to the notorious Devil's Island prison in French Guyana. Papillon wants nothing more to escape, though punishment (solitary confinement for two years and five years for each attempt) is harsher than the already terrible conditions on the island. Though it does move slow at times, for the most part it's an engrossing film - and just goes to show, trust is hard to come by.

What appealed to me in this film was the depiction of one man's unwavering determination to be free. The inability to allow anything to dissuade him, or to block him. The strength of spirit, worked for me.

A gritty prison escape film that occasionally suffers from slow-pacing. The most engrossing scenes are the scenes with Steve McQueen desperately trying to cope with losing his mind in solitary confinement. The final escape attempt is also an epic and memorable conclusion.

A true story based on the life of an infamous safecracker played by Steve McQueen, who is sent to a notorious French prison colony and forms a close bond with fellow internee Dustin Hoffman as he plans his escape. Papillon is one of those prestige films that was probably made with one eye on the Oscars. An almost unrecognisable McQueen sheds his action hero image to play the harrowed, down trodden but ultimately unbreakable Papillon and produced probably his best performance. Hoffman adds a suitably expert performance as his physically weak but wily sidekick and from a technical point of view, there's not much that can be faulted. My only reservation is in the fact that because we knew little about these characters and who they were before they reached their prison, I found it difficult …

No posts have been made on this movie yet. Be the first to start talking about Papillon!