The Others Movie Information 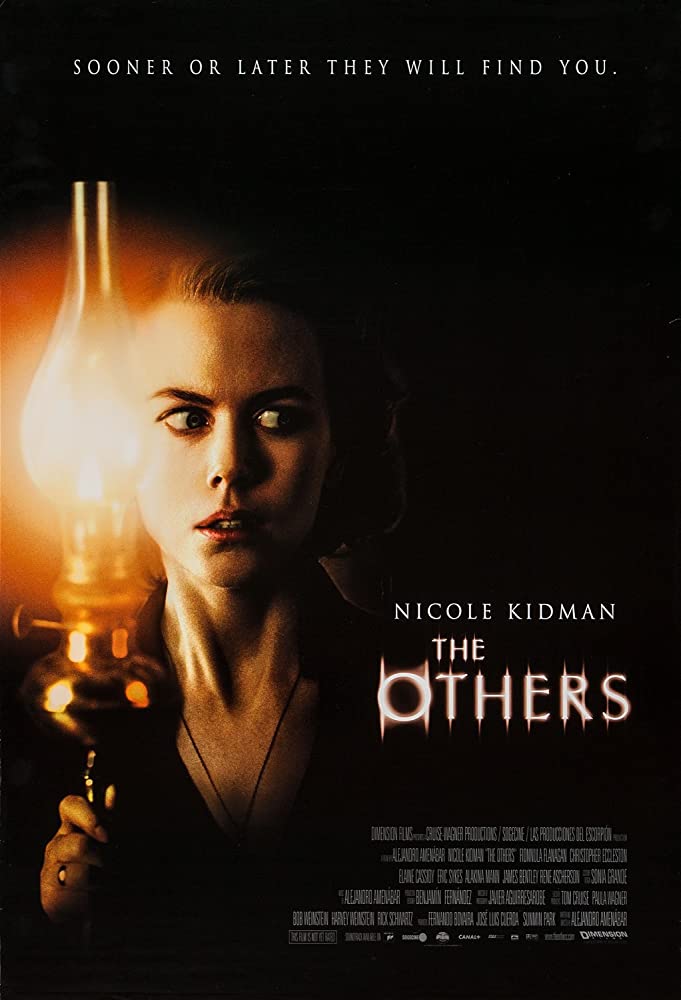 Plot: At the end of WWII a woman awaits her husband in a mansion with her two children, who are both sensitive to light. In perpetual darkness she begins to suspect the mansion is haunted.

THIS is a movie with a twist ending. It's excellent performances and mysterious atmosphere make the film even more effective.

A creepy and chilling movie with a predicable twist.

A slightly under-appreciated horror film in my opinion. It's dark and creepy, but never reveals too much too early. It reminded me of very popular movie from 1999 that I will not name as to not spoil anything, but I prefer this film. Nicole Kidman gives a really good performance in this (2001 was a great year for her); she really elevates this film.

Psychological thriller with a twist

When I saw the plot of this movie, I thought it was interesting, so I decided to watch it. It has a small cast of characters, and is set in one place...a manison.

It is NOT a horror film, but a psychological thriller. Some of the script is a little bit long winded, but I think they wanted you to learn more about the characters and his/her inner psyche.

As you watch the film, you start to feel like you want to know the answers behind the hauntings and what was going on. The ending gives away the answers in a twist, and that's what was so memorable about the film. Kind of a Sixth Sense twist.

The only negative thing is, after this film is over, you already know the answer so it's not a movie that you would watch over and over like Avatar, Star Wars trilogy, Lord of the Rings …

One of the Best Horror Movies of all time @ #43

This movie was spectacular and I'll tell you why. After the mega successful movie "The Sixth Sense" was done, no way would you figure a movie regarding ghosts and a plot twist would be done. Or, if someone was as bold as to make a movie along the lines of "The Sixth Sense", then you would not figure it to be nearly as good. n steps "The Others" with a very similar story and plot twist, but oh so wonderfully different and uniquely brilliant. This movie didn't hardly get the accolades it deserves, but I am here to sing its praises. This movie was eerie, spooky, and suspenseful. Nicole Kidman, albeit not my favorite actress, did an excellent job. What made the movie even more amazing was the complete misdirection. I honestly thought the movie was headed towards a final showdown with a …

Some people claim that this was a rip-off from "The Sixth Sense" but I am more than willing to argue that this is a movie of its own. Nicole Kidman perfectly embodies a cold-mannered mother who, despite of her intimidating aura, loves her children very much. This movie proves that you don't need special effects in order to generate thrill and tension. All you need is a creepy atmosphere, unsettling setting, and a spice of great acting. Although pretty much everyone knows its ending, it's still interesting to see the journey and how it elevates the conclusion. The filmmakers do not cheat its audience unlike many "horror" films out there. This is the kind of movie that I won't mind watching again once in a while because, even though it can be slow at times, it was so professionally done so …

No posts have been made on this movie yet. Be the first to start talking about The Others!