On the Waterfront Movie Information 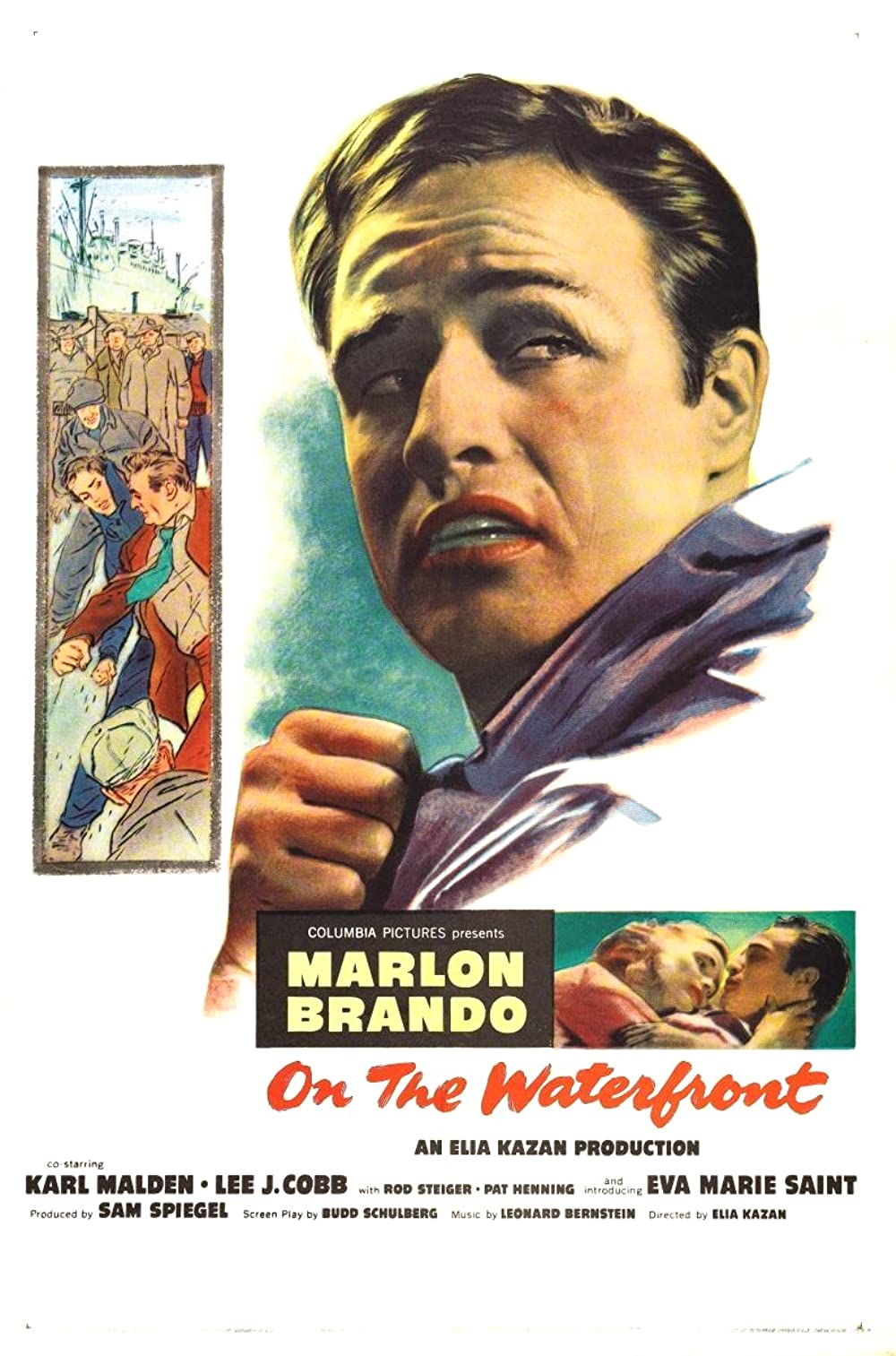 Plot: A man who is now dock help, used to be a great boxer. As he quarrels with the union bosses

Breathtaking moral study; an aggressive thunderbolt to the senses with heart-touching undertones of character study and influential layers of crime shown with style and clearly established purposes. Scorsese is very grateful to Kazan's glorious achievement; the Academy miraculously understood the point of the movie. (Clap clap clap) 97/100

Good script and acting. The characters face some moral decisions that still make you ponder, even if they aren't relevant now.

"On The Waterfront" by Yojimbo

An ex-prizefighter and errand boy for a corrupt dockyard union unwittingly aids in the murder of a fellow worker, leading to a crisis of conscience that alienates him from his friends and co-workers. On The Waterfront is one of the great American movies. It's essentially a fable about having the strength to do what you know to be right and standing up to the violent and corrupt in defence of your fellow man. Marlon Brando puts in a career defining performance as Terry Molloy, a man who has known nothing but hardship but rediscovers his humanity when faced with the consequences of his actions and the guidance of his new love and a local priest. It has a wealth of classic scenes, including the iconic "I coulda been a contender" scene with his brother featuring another fantastic performance …

On the Waterfront review

The picture may have one of the best casting and direction, in my opinion it could have been better if it were not dated, had a better leading lady and having a memorable score. No questions asked, Marlon Brando delivers as Terry Malloy, the sensitive dockworker and brother of Charley (Rod Steiger). Charley is connected with the malevolent mob/union boss Johnny Friendly (Lee J. Cob). Edie Doyle is the sister of murdered popular dockworker Joy Doyle. Back then it was challenging to get a job as presented on the film. One of the memorable quotes from Terry: "You don't understand! I coulda had class. I coulda been a contender. I coulda been somebody instead of a bum, which is what I am."

If only the character of Terry have been developed more, maybe create flash backs of his …

My Top Movies of 1954 by Indyfreak

No posts have been made on this movie yet. Be the first to start talking about On the Waterfront!