Great acting from a talented cast and some lovely scenic vistas make 'The Mission' a well made looking period piece. It's a shame that little of note really happens in the film aside from montages, dramatic posturing, and interruption from an Oscar-bait happy score by Ennio Morricone.

Spectacular performances from Jeremy Irons and Robert De Niro. Location and cinematography were effective. Message was vital but as a film, it was not as entertaining. Score was effective though the pace was sluggish. The Mission is a descent watch whose topics of redemption and slave trading were emphasized.

British drama film about the experiences of a Jesuit missionary in 18th century South America. The film was written by Robert Bolt and directed by Roland JoffÃ©. It stars Robert De Niro, Jeremy Irons, Ray McAnally, Aidan Quinn, Cherie Lunghi and Liam Neeson. It won the Palme d'Or and the Academy Award for Best Cinematography.An exquisit movie with heavenly music by Ennio Morricone;

"The Mission" by Yojimbo

An ex slave trader seeking penance after murdering his brother in a jealous rage joins a Jesuit mission in the South American jungle , but when the colonial interests of the outside world threaten their peaceful existence he takes up arms once more. It's impossible to put the experience of watching this film into words. It's so stunning to look at I had to double check the release date; I never thought something this beautiful could be made in 1986, the year of Falcon Crest, Top Gun and Slippery When Wet. The locations, the photography and Ennio Morricone's wonderful score come together to create a visual and aural work of art. This combined with typically fine performances from Robert DeNiro and Jeremy Irons in an intelligent story of the destructive influences of colonialism make this … 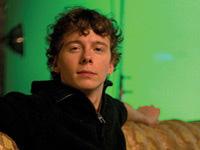 This is Not Your Father's Sunday School...

As a sophomore in a Catholic high school, you can expect a lot of things -- the unrelenting ire of the upperclassmen... the interminable void of gym class... the cold shoulder from the girls who've discovered that sex with college students is a whole lot better than sex with guys who can't drive...

What I didn't expect was to find one of my favorite films of all-time in a Theology class. (Oh, and full disclosure: I'm agnostic.)

On the surface, "The Mission" is a simple story. Two missionairies -- one (Jeremy Irons) a man of faith and love, the other (Robert DeNiro) a man of the sword in need of redemption -- travel deep into the jungle on a, yes, mission to convert the natives to Christianity. They succeed, despite the odds. But that's not the real conflict.

No posts have been made on this movie yet. Be the first to start talking about The Mission!