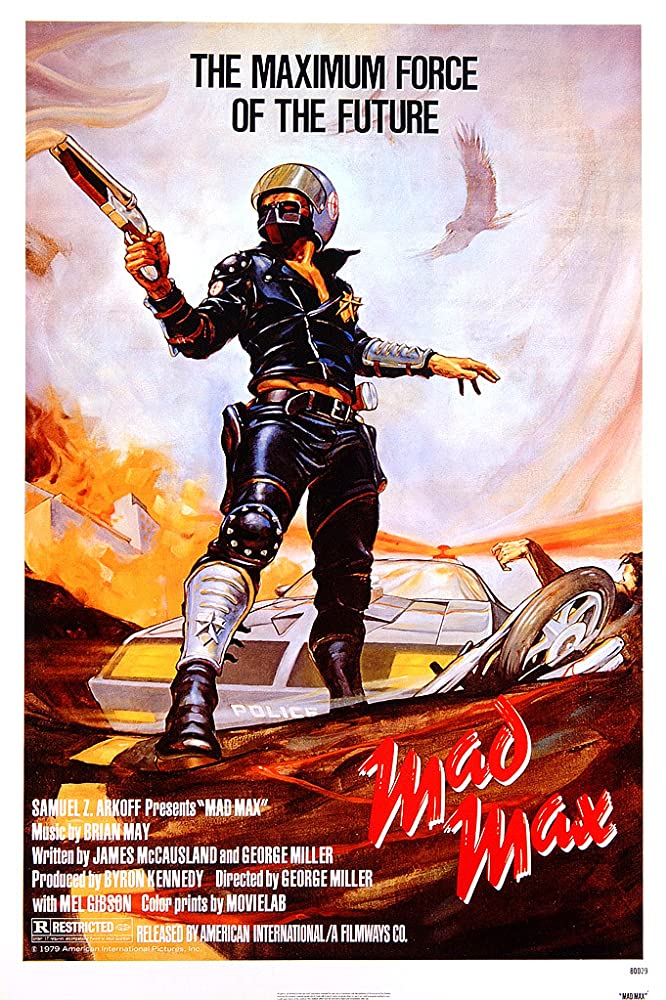 Plot: Australia has become a nightmare in a future where biker gangs control the roads and society is all but lost. One cop takes the law into his own hands after a brutal gang murders his partner, wife and young son.

While it could use more action, the "Mad Max" that started them all has enough weight to the narrative to save it from aging as badly as it could have.

This movie was really dark. You go through the whole movie with the bad guys hurting and killing a lot of people. This stirred up so much hatred and anger which is always good in vengeance movies, but in the end, the vengeance was shallow and short-lived. The movie failed to deliver the reward at the end. I found this to be a painful and excruciating watch.

Mel Gibson's breakthrough film is set in a post apocalyptic outback ruled by ruthless road gangs. The budget limitations are obvious and the rest of the film fails to live up to the stunning opening chase sequence, but it does have power; particularly during the final showdown. The sequel The Road Warrior was a virtual and superior remake.

Favorite Revenge Movies by The WHB

No posts have been made on this movie yet. Be the first to start talking about Mad Max!