In the Heat of the Night Movie Information 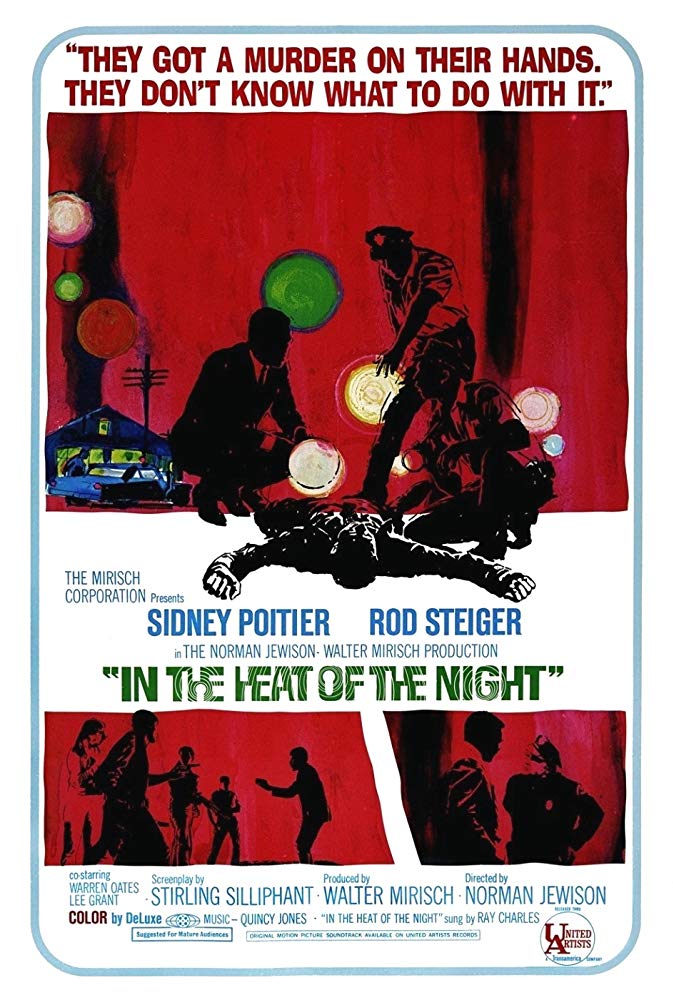 Plot: A black man is sent to investigate a murder in a racist southern state, where is met with racism, bigotry, and scrutiny.

"In the Heat of the Night" is still a suspenseful mystery and important portrait of racism in the south the 1960s was known for.

A terrific small town crime story that is just as interested in the interplay between it's opposing characters as the solving of the crime. Both aspects are equally important to the plot. The conflict adds much more to the persistence of ending the case at hand, because of the continuous underlying prejudice felt within the characters and the town itself. These points generate a constant tense atmosphere that grips right from the start and never lets up. The morals and themes present still resonate strongly today.

In The Heat of the Night review

Only qualms this reviewer had were it's pacing, how people seem to be shouting countless times (badgering the victim?) and overreacting of the supporting cast. A story about the murder of Mr. Colbert while two law enforcers, observant Virgil Tibbs (Sidney Poitier) and temperamental police Chief Bill Gillespie (Rod Steiger) investigate. Tibbs got convicted at first in a racist town. Soundtrack was apt and direction was superb. Sidney Poitier's performance made it engaging as well. Some cool quotes: "I got the motive which is money and the body which is dead." and "Just once in my life, I'm gonna own my temper." Overall, In the Heat of the Night may not be enjoyed though repeat viewing or Best Picture quality, it was however a very good mystery/drama film with splendid performances …

They call me Mr. Tibbs!

Some might call this the first "buddy cop" film, but it's more about race relations in 1960's Mississippi and the country as a whole than a cop movie. The acting is great, Poitier is his usual graceful self, and Steiger is good as the white cop who has a change of heart. Nothing is sugar coated here, when Poitier confronts the local sharecropper, he ends up being slapped and then hitting him back. The film reminded me a lot of Django Unchained. I don't know if Tarantino has ever said this, but I can see a lot of this films influence on his film.

My only complaint has nothing to do with the film, but the reaction to it. As great as it is, it still is not better than, or more poignant that The Graduate, which it beat out for Best Picture.

"In The Heat Of The Night" by Yojimbo

A black homicide detective from the big city becomes embroiled in a murder case in a small backwater town in 1960s Mississippi. A thinly disguised commentary on prejudice in the times of the civil rights movement, In The Heat Of The Night is also a smartly plotted and suspenseful Film Noir style murder mystery that showcases Sidney Poitier's not inconsiderable charisma. He dominates the screen whenever he appears and his scenes with the comparably excellent Rod Steiger's red neck sheriff crackle with tension as their worlds collide amidst their verbal sparring. Featuring a colourful backdrop of local culture and antiquated attitudes based upon the belief that slavery was the "natural order", it contains many memorable lines and strong performances. The resolution to the story seems a …

My Top Movies of 1967 by Indyfreak

No posts have been made on this movie yet. Be the first to start talking about In the Heat of the Night!