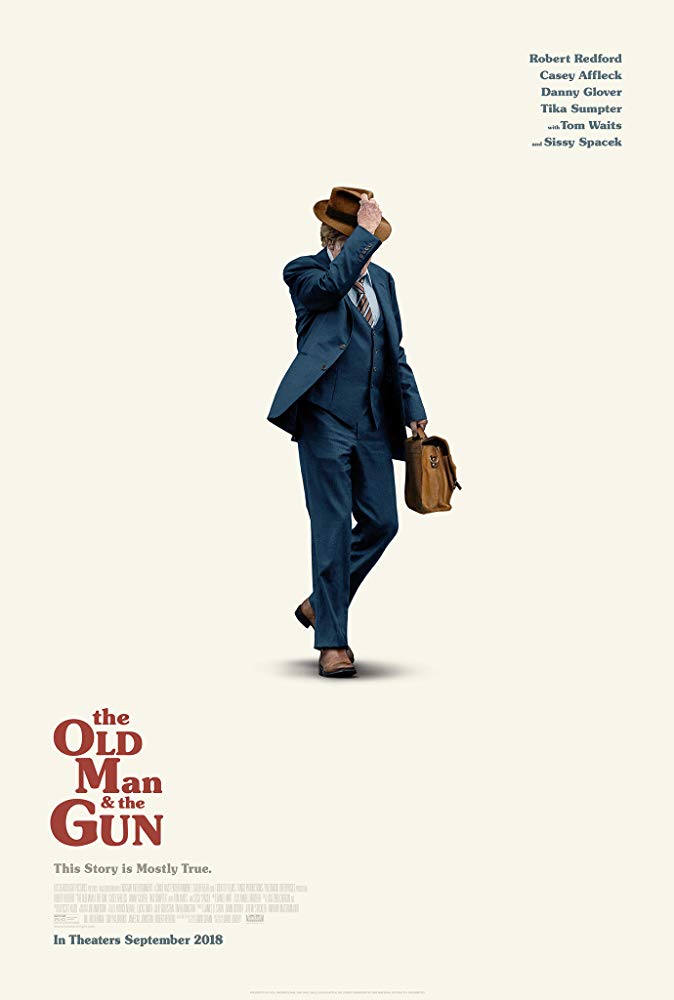 Plot: The true story of Forrest Tucker, who escaped from San Quentin at the tender age of 70 and was involved in a string of heists that left authorities stunned and the public enchanted. It also follows the agent who respects his commitment, but is dead set on capturing him and a woman who chooses to love him despite his record. -- Chris Kavan

Robert Redford steals the show along with all the bank money in this free-spirited yarn.

A pleasantly laidback genial movie abut an aging bank robber (Redford) and his efforts to remain one step ahead of the law. Based off the true story about Forrest Tucker, Robert Redford fits the part like a glove. Sissy Spacek is endearing as his love interest and Casey Affleck is quietly intense as the determined police officer aiming to catch him. It's a small modest story that's tastefully told and the cast is quite charming. Given the fact that this is Robert Redford's last movie before retiring, it feels like a swansong for him.

Its a dull, slow paced movie. An old thief robbes here and there, falls for an old lady and has ,,Robin Hood,, aura, but a hero without real adventure and motivation. He just does it, but we re not in any way obliged to agree, not even to watch this dull pelicula. Another great actor ,,bites the dust,, in a regretable movie. Shame!

So he'lll never return to the silver screen ?

Well, what do you do then?
Well, thatâs a secret.

With âThe Old Man & the Gunâ, we probably say goodbye to a real film legend. According to some sources, Robert Redford wants to draw a line under his rich film career in a stylish way. In my opinion, he couldnât have made a better choice because in âThe Old Man & the Gunâ he can demonstrate his charming side one last time. This 83-year-old actor conquered all the womenâs hearts effortlessly when he was younger. And to be honest, heâs still got it. So donât expect a gangster story full of violent bank robberies and wild chases. Itâs reasonably friendly and cozy. You wonât see Forrest Tucker in the Top 10 of most notorious bank robbers of all time. It was probably not all that spectacular enough for that. So, …

The last movie I saw at LIFF (Leeds International Film) and the final performance from Robert Redford (apparently) - and what a way to end this year festival.

âThe Old Man and The Gunâ is one of most endearing and heartfelt movies about bank robbery. A simple story with miraculous results. By the end, I don't know to root for or against the robbers. Throughout the movie I kept being reminded of a similar heist movie that came out this year called âKings of Thievesâ, but done better.

David Lowery stylistic directing shines through out. From âPete's Dragonâ, âA Ghost Storyâ and now this movie; Lowery is a special soul. Heâs got a unique way of presenting information across, almost like a Edgar Wright type of style by cutting away the fat of …

No posts have been made on this movie yet. Be the first to start talking about The Old Man & the Gun!