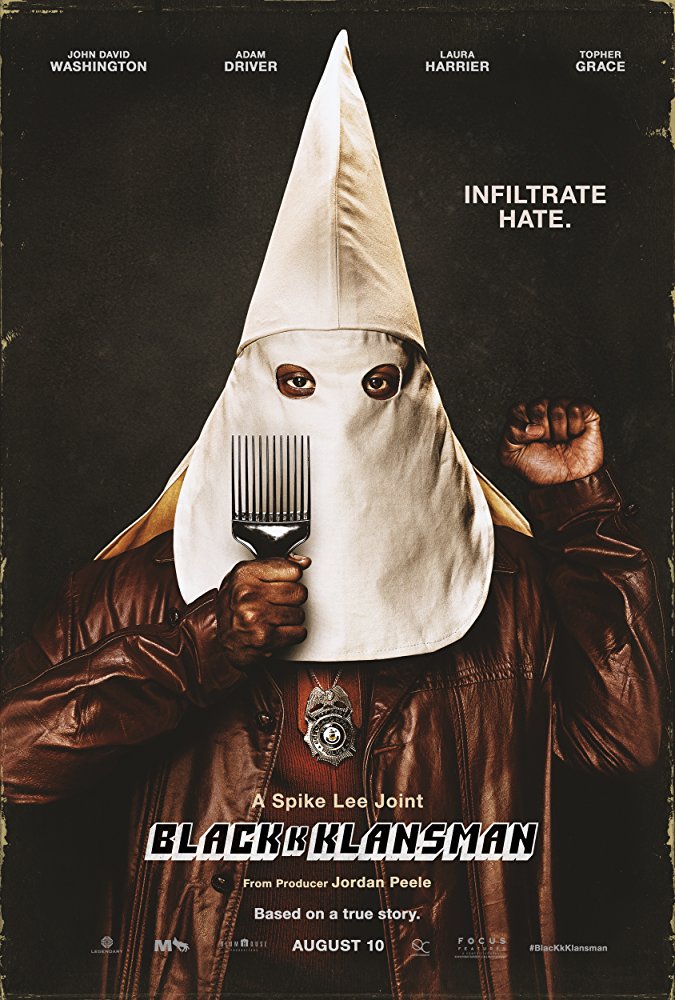 Plot: Based on the true story of Ron Stallworth, and African-American cop in Colorado who infiltrated the local Ku Klux Klan and found himself head of said chapter. -- Chris Kavan

A culmination of Spike Lee's best work, "BlacKkKlansman" is a provocative and tense undercover cop thriller that comes out in a time when we need it the most.

While the story may take place in the early 70s, make no mistake, Blackkklansman is as much a reflection on our current political/social climate as it is a story about Colorado's first black police officer (John David Washington) infiltrating a local chapter of the KKK with help from a fellow white, Jewish officer (Adam Driver). Hate balanced out by humor but with a healthy dose of drama. It makes a bold statement and one well worth watching.

Spike Lee takes audiences inside the ugly hate filled world of the KKK. Oddly and often hilariously enough, through the eyes of a black undercover officer (Washington) and his colleague (Driver).

A rookie undercover detective decides to infiltrate the Ku Klux Klan on a whim, despite the fact that he is in fact, black.

Based upon the true story of Ron Stallworth who during the early 1970âs was the first black officer in Colorado Springsâ Police Department. The obvious irony of the KKK welcoming both a black and a Jewish undercover cop â bizarrely posing as the same person â into their fold is the basis of the story and although rather Donnie Brasco-esque in its plot, the approach is rather more lighthearted than youâd expect. There is plenty of humour to be had at the expense of these backwater bigots with the counterpoint of how American society accepted their often laughable views as mainstream; one of the most memorable scenes is the incredulity of their … 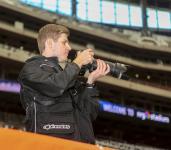 "BlacKkKlansman" Delivers on All Fronts

"BlacKkKlansman" follows an African American man named Ron Stallworth, who decides to join the police force of a city in Colorado. He is their first African American police officer, but the story doesn't focus too much on that. The story really gets going when Stallworth decides to call the local KKK chapter after seeing their advertisement in the local newspaper and acts like a white man who wants to join. From there, he teams up with two other officers from his department to infiltrate the KKK and gather information.

The story here is incredibly entertaining. Spike Lee captured the time period perfectly (shocker) and the way the story unfolds is nicely paced. The only real issue I had with it is that I felt like the finale wrapped up a little too quickly.

Some review sites have …

No posts have been made on this movie yet. Be the first to start talking about BlacKkKlansman!