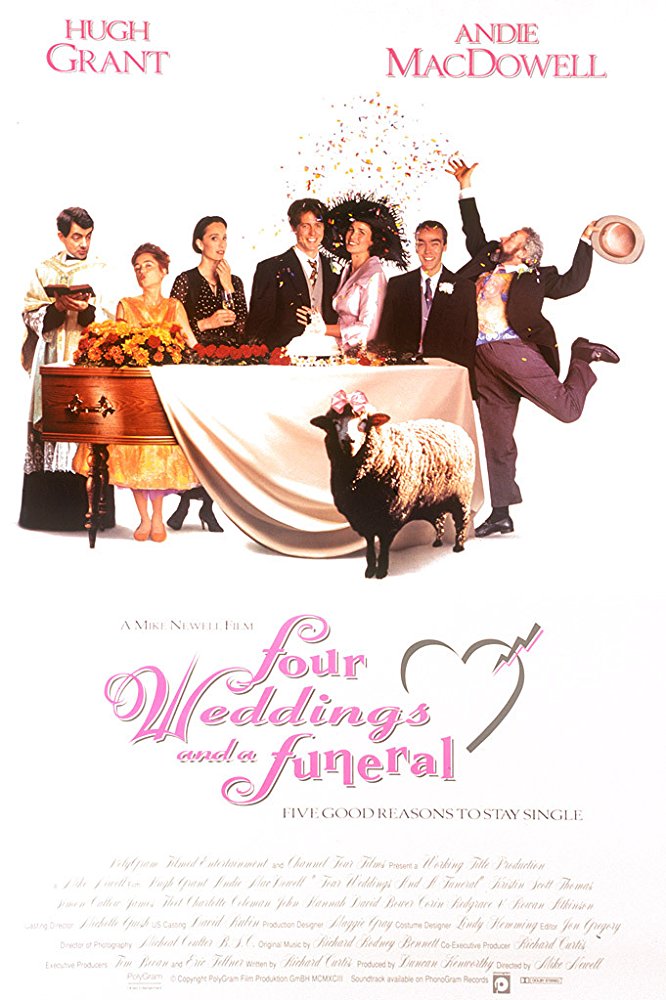 Plot: Charles and is circle of friends ponder love and marriage - even as they attend weddings (and one funeral). Miss right may be right there - but will Charles be able to admit he has found love? -- Chris Kavan

"Four Weddings and a Funeral" is a funny and spry breakdown of finding love.

Sharp writing and a film that skillfully balances its ensemble cast to examine with British wit the toils of love and marriage. May play as cliched to some, but I believe every emotional chord that was plucked. Charming and very, very funny.

So this movie beated the 1994 film Pulp Fiction at the BAFT awards and just like the Oscars the BAFTA messed up.

Normally British films to me are kind of an mix bag for me and what I mean is sometimes I will enjoy or be bored by movies from Britain. I don't know why it just happens, and this is coming from a guy who is from Britain. I was a bit shocked when I find out that this movie won best film at BAFTA awards, and to the people who liked this movie more than Titanic that's fine but to me in my personal opinion this movie was okay.

Let's start of with the positive: The acting from everyone was solid and this movie has a great cast.

Best Picture Nominees - 1994 by The Host

Best Movies With Number in Title 1-13 by The WHB

Movies of 1994 by Stoney McStonerson

No posts have been made on this movie yet. Be the first to start talking about Four Weddings and a Funeral!