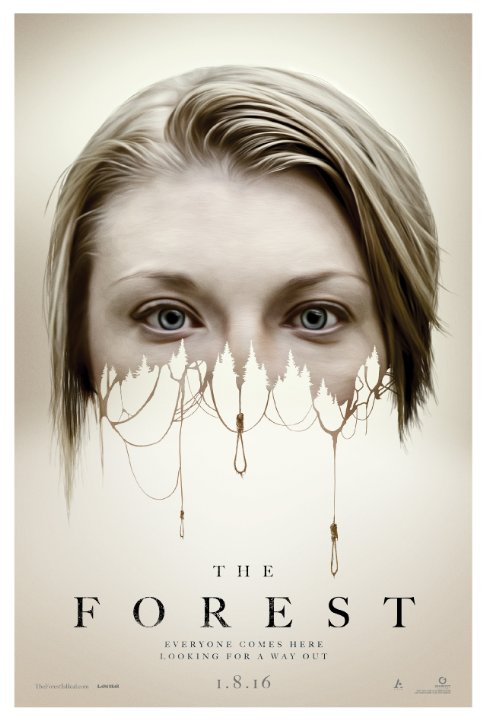 Plot: The Aokigahara Forest in Japan is quiet, serene and large - and also a popular location to commit suicide. After her sister disappears amidst this forest, Sara goes to find her - not knowing the horror that awaits. -- Chris Kavan

A clunky horror dud, "The Forest" feels more like a soap opera than a scary movie.

The only thing that makes this movie decent is Natalie Dormer.

If someone wanted to make a serious horror film about the Aokigahara Forest in Japan, I'm sure it could be done but this is too lazy - and even with the talented Natalia Dormer it cannot be saved. Too many cliched horror tropes and not enough of a decent story to care about what happens.

The Forest is about the Aokigahara Forest in Japan is quiet, serene and large - and also a popular location to commit suicide. After her sister disappears amidst this forest, Sara goes to find her - not knowing the horror that awaits.

"The Forest" isn't anything that special of a horror movie, as it ticks off all the horror tropes in horror films today. It's amazing how Hollywood can go this far and take an actual place like Aokigahara Forest where people actually do comment suicide into a lousy horror film, I mean it's like making a horror movie about the people who jumped off the Golden Gate Bridge or the Twin Towers, and what I'm saying may not seem too offensive, but just thinking about it and those who took their own lives, …

First Worst of the Year

'The Forest' squanders a decent horror premise by reverting to the absolute laziest methods in execution. Every scare is a short pause followed by a "boo". No attempt is given to present actual suspense. It feels as if the terrible scares were carelessly rushed through to get to the next scene. There's no investment in the story or characters. I lost interest in the mystery behind the disappearance of this woman's twin sister at about the halfway point. At least the actors are actually trying. The main flaw here is the storytelling. There are multiple false scare dream sequences from the beginning up until the first night in the forest. After that the movie shifts gears and tries to become psychological horror (with those terrible "boo"s still present). This is where everything …

No posts have been made on this movie yet. Be the first to start talking about The Forest!